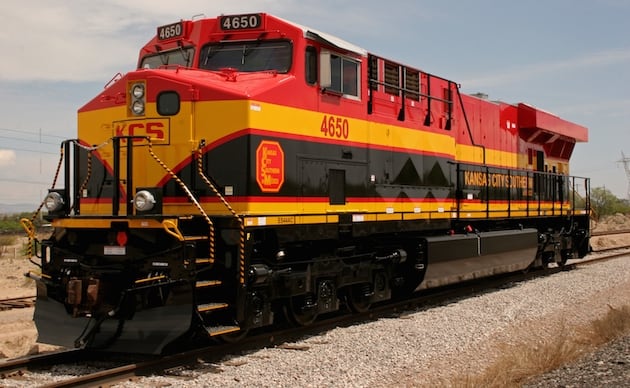 During the NAFTANEXT Summit that was held this past April at the Palmer House Hotel in Chicago, Illinois, Jose Zozaya, the President, General Manager Manager Executive Representative of the Kansas City Southern Railroad, made a comprehensive presentation on the current investment climate in Mexico.

In his comments and on his presentation document, Zozoya, demonstrated that because of the institutional and economic improvements that have been made during the current, and prior, Mexican administration today’s investment climate in Mexico is a positive one. According to Zozaya, the reforms that Mexico has embarked upon will accomplish two broad objectives:

Open up critical sectors of the economy to increased competition, which will benefit Mexico’s long term macro economic interests and benefit consumers at large
Improve upon the quality and cost of inputs that are critical to grow Mexico’s economic pie.

Zozaya’s presentation demonstrates that the investment climate in Mexico will, over the medium term, improve the country’s competitive standing vis a vis other nations. Areas that are currently under significant transportation include:

Jose Zozaya’s presentation to NAFTANEXT attendees also illustrates his assessment of the main factors that will influence the investment environment in Mexico, and subsequently, its GDP growth numbers for 2014. Among the major concerns addressed in the presentation are

An examination of the presentation reveals that sources and percentage of investment flows to Mexico from other nations are varied and significant in terms of their dollar value. The figures are healthy and are emblematic of an investment climate in Mexico that has the confidence and support of foreign direct investors. The presentation also demonstrates that during the time frame 2006 – 2012, Mexico advanced twenty positions to number 53 in the World Bank’s Doing Business survey. This positive movement is visible proof of the nation’s policy and business leaders commitment to acting to improve the investment climate in Mexico.

In addition to a wealth of economic data, Zozoya’s presentation also provides insight into the identities of the political and business leaders that most impact movement and conditions in the Mexican economy. To access the full presentation, click on the link below: