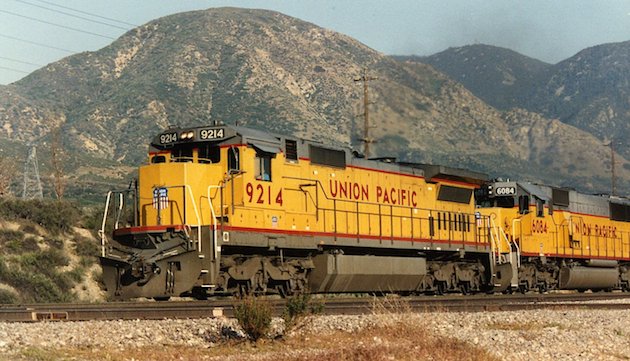 The presence of the Union Pacific Railroad in Santa Teresa, New Mexico and San Jerónimo, Chihuahua  is sure to light an economic spark at the Borderplex

In August, 2013, the governments of US state of New Mexico and Mexican state of Chihuahua announced the creation of a master-planned binational community that will sit directly on the Mexico-US border on 70,000 acres, strategically located in the central corridor of the NAFTA region between the two major seaports of Houston and Long Beach.

On the US side will be Santa Teresa, and on the Mexican side will be San Jerónimo, Chihuahua. The planned community is being heralded as a model for other future cross-border developments and will incorporate sustainable planning, foreign trade zones, industrial efficiencies, residential housing developments, shared health care and education programs, and cutting-edge green-energy standards and capabilities. Most unique, however,  is the portion of th  plan aimed virtually dissolving the national border in favor of a secure, seamless, and coordinated binational industrial and commercial port.

Much of this vision revolves around the presence of the Union Pacific Railroad, which recently opened a significant train yard of over eleven miles in length and one mile in width.

What has been a rough, sandy plot dotted with little more than mesquite trees and scrub brush is  steadily morphing into a US $412 million, state-of-the-art facility capable of facilitating the transit of billions of dollars in global commerce. The US Department of Transportation predicts that rail freight traffic that moves between San Jerónimo and Santa Teresa will increase fifty percent in the next twenty-five years, and that US railroads are expected to spend a record US $26 billion improving their track and facilities this year alone.

In addition to the aforementioned economic forecast, the future of this binational border-spanning town is further brightened by the prospects of the presence of a technology manufacturing giant on the Mexican side of the international divide. Computer manufacturer, Foxconn, built its own 3.7-mile road from the plant to the border at Santa Teresa to streamline delivery of its products to US markets. Ideally, Foxconn and other manufacturers on either side of the border can utilize Union Pacific lines to efficiently move freight and finished products back and forth over the border with fewer obstacles and delays.

New Mexico and Chihuahua are cooperating to mutually provide the required infrastructure for roads, water, energy, waste treatment, and electric power. The community is being laid out in such a way as to render the border obsolete – even streets in Santa Teresa will be contiguous with streets in San Jerónimo, Chihuahua. Nearby twin cities, El Paso and Ciudad Juarez have become densely populated over the years, and are straining under the ever increasing volume of US-Mexico trade. El Paso’s four border crossings are heavily utilized. Local radio stations, and the Tecma Group of Companies’ Secure Origins, Inc., have taken to providing international bridge wait times along with their usual local traffic announcements, and service offerings.  Information provided by Secure Origins, Inc. can be found posted at newpapertree.com.  Wait times for commercial conveyances can be signicant, and delays in the movement of goods in materials in both directions can be costly.