Torreon - The Industrial Heart of Mexico

Torreon is a city in the western part of the Mexican State of Coahuila. Along with the adjacent municipalities of Gomez Palacio and Lerdo, the communities together form the ninth largest metropolitan area in the Republic of Mexico.

During the initial years of the 20th century, Torreon’s economy was based mainly on agricultural and ranching pursuits.  Industrialization of the City, however, occurred during the years of the mid-20th century.  The primary activities undertaken by companies that located in the area included those dealing with the elaboration of textiles and clothing, as well as the processing of food and metals. Among the prominent manufacturers with a presence in Torreon today are Grupo Essex de Mexico, Takata, John Deer, Delphi Energy Systems, Caterpillar, Johnson Controls, Takata de Mexico, Mossberg, Grupo Lala and the South Korea-based wire harness manufacturer, the Yura Company.

In addition to agriculture, ranching, food processing and manufacturing, Torreón is a service center for the mining of silver, gold, copper, lead, zinc, fluorite, marble, and other minerals in its vicinity.

1h55m flight from Dallas-Fort Worth

Consider Torreon if you are…

Interested in setting up your operations or moving existing manufacturing to Torreon? Let’s talk to see if Torreon is a good fit for your business. 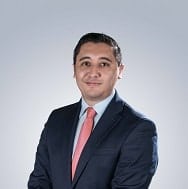