Exporting From Mexico provides a new wave of opportunities 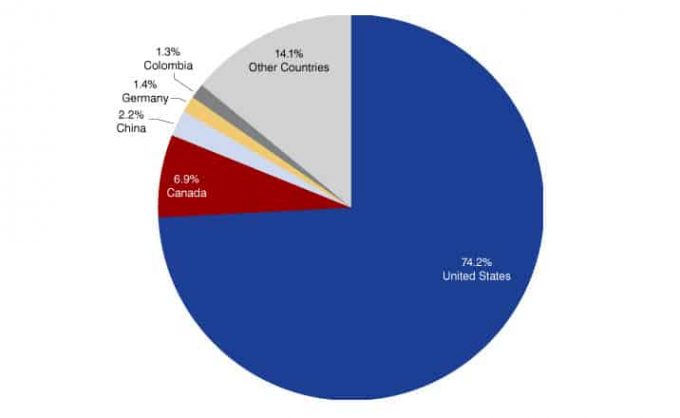 In recent years, Mexico has become an increasingly beneficial country for companies manufacturing for export. Exporting from Mexico is just one newly discovered advantage of manufacturing in Mexico. Due to several strategic advantages, this Latin American country is drawing significant investment, not only from the US, but also leading Asian manufacturers.

Advantages of Exporting From Mexico

1. Trade Agreements
With over 40 free trade agreements in place, Mexico has more than most countries in the world, including the US. As a signatory of both NAFTA and the TPP, Mexico has a front seat at the greatest markets on the globe. And in addition to these, the manufacturing country has signed agreements with dozens of countries all over the world, including Asia and Europe, making Mexico a prime location for manufacturing for export to nearly anywhere in the world. This means the largest consumer market on the planet, the US, can import products duty-free, whereas goods coming from Asia require a 35% tariff.

2. Recent Reforms
While other manufacturing destinations often feature instability and slowly developing infrastructure, Mexico is setting the pace with sweeping reforms implemented over the past few years, thanks in part to the aggressive reform agenda of Mexican President Enrique Peña Nieto. These reforms include the construction and expansion of numerous international ports, railways, and roads, in addition to offering enhanced access to energy and other vital resources.

3. Inexpensive Skilled Labor
Mexican labor costs remain low compared to those in other manufacturing countries, making exporting from Mexico that much more profitable. Additionally, Mexico boasts a well-educated labor pool that specialized in skilled manufacturing for sophisticated industries such as electronics, automotive, aerospace, and medical devices. Companies exporting from Mexico can offer world markets a myriad of technical products.

4. A Weak Peso
The Mexican peso has depreciated dramatically against the US dollar in the past couple years, making it even more profitable to outsource to Mexican labor and export to other markets. Since 2013, the peso has slid approximately 50%, bringing the cost of Mexican labor down from $6 USD per day to $4 USD per day. Demand for goods manufactured in Mexico has risen as foreign dollars go farther and farther in the developing country.

These advantages have attracted global investment that continues to increase. Companies from all over the world are establishing Maquiladora operations in Mexico to take advantage of this strategic export location. These companies come from not only the US, but also competing manufacturing locations, such as the leading countries of Asia. Approximately a third of electronics manufacturing in the country are for Asian companies and is comprised of notable Asian companies like Sharp, Sony, and Samsung.  Mexico’s most thriving market, the automotive sector, is comprised of notable Asian companies like Nissan, Toyota, Hyundai, Suzuki, Honda, etc. Indeed, some of the countries most interested in Mexico’s energy sector include China, India, and Japan. Manufacturers around the world are deciding in ever larger numbers to manufacture in, and to export from, Mexico.