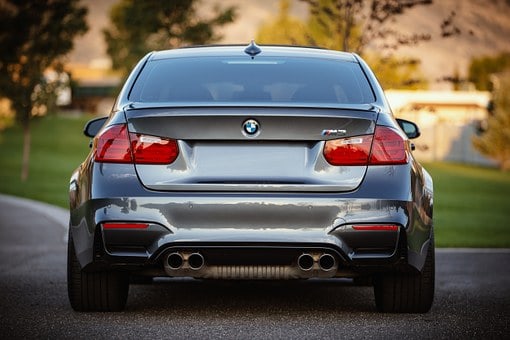 An already burgeoning automotive industry in Guanajuato continues its growth trajectory in 2019 as the result of several large investments in the sector.

Mexico’s Bajio region is one of the overall largest repositories for foreign direct investment (FDI) in the nation.  Over the last year, Guanajuato and the other Bajio states have seen an aggregate increase in FDI of approximately 4.9%

Of the total amount of foreign direct investment that Mexico attracted in 2017, 18% stayed in the states of Guanajuato, San Luis Potosi, Queretaro, and Aguascalientes.  Much of this investment targeted the automotive industry in Guanajuato, as well as the same sector among its regional neighbors.

Although the production of vehicles in the region grew precipitously between 2012 and 2018, the expansion of the automotive industry in Guanajuato, in particular, led the way.  During this period this state alone garnered total investments in the sector that were valued at just over $US 1 billion.  As a result of this significant influx of foreign capital, Mexico’s Secretariat for Sustainable Economic Development (SDES) estimates that the automotive industry in Guanajuato will rank first in the nation in motor vehicle production by 2020.

Additionally, it is important to note that the state’s industry produces one in five cars nationally, and that local companies account for  20% of the overall value of the entity’s auto production.

Due mainly to the growth in the automotive industry in Guanajuato, the state ranks fourth in Mexico in job creation.  New positions in manufacturing during this period were created by the 279 auto suppliers that located in the state during the period of the last six years.

The automotive industry in Guanuato expands

According to the SDES, in 2019, the automotive industry in Guanajuato has received a notable boost from growth that has occurred in the same sector in neighboring states.  For instance, this year, in the state of San Luis Potosi, BMW has increased the volume of its production from one hundred and twenty-five thousand vehicles to one hundred and seventy-thousand units.  Many of the suppliers that have benefited from this heightened activity are located in Guanajuato.

An example of a recently invested company in the automotive industry in Guanajuato is a supplier to the BMW plant in San Luis Potosi, Waldashaff Automotive Global.  This manufacturer inaugurated its new facility in Leon, Guanajuato at the VYMSA Industrial Park on August 6, 2019.  Waldashaff is a member of the China-based North Lingyun Industrial Group Co. Ltd. Zhuozhou.  The firm specializes in the production of crash containment systems for luxury cars.

The leader of the Secretariat for Sustainable Economic Development, Alejandro Hernandez Fonseca, recently stated that now is an opportune time for small and medium sized suppliers to the automotive industry to set up operations in the state of Guanajuato.

He emphasized that new companies will have the ability to integrate themselves into what is a growing sector supply chain.  In addition to new companies that have recently installed operations in the automotive industry of Guanajuato, there are firms that are expanding their already existing operations.  An example of this is Mazda.  The Japanese automotive manufacturer established itself in Guanajuato in 2014.  Today the company’s production facility employs 5,200 members of the state’s workforce and has an annual production capacity of 250 thousand automotive units.  These light vehicles are sold domestically, as well as are exported to several countries.

In addition to manufacturers, a growing automotive industry in Guanajuato has created investment opportunities for suppliers of a variety of services.  For example, firms that specialize in the area of labor training programs will find the state to be a vibrant market.  The growth in industry in Guanajuato has also created a favorable set of circumstances for companies that are engaged in activities such as the generation of clean and renewable energy.