The Automotive Industry in Mexico and the NAFTA: An Update 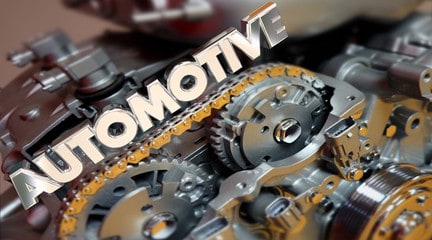 As of this writing, the automotive industry in Mexico is in a state of uncertainty due to the process of the renegotiation of the NAFTA.

The main sticking point in the NAFTA renegotiations as things stand is the rules of origin for the automotive industry in Mexico, as well as for the sector in the United States and Canada. It is widely agreed that a change or modification of the rules will not only affect Mexico but will also impact its two North American neighbors.  More specifically an alteration of the rules for the automotive industry under the NAFTA will have an impact on the transnational supply chains that have emerged over the two-plus decades that the trade agreement has been in effect.

As of the end of 2017, the three parties to the NAFTA have not come to an agreement on the form that the new rules of origin will take.  It is hoped that a determination of the new regime for the automotive industry in Mexico, as well as in Canada and the United States will take place during the NAFTA renegotiation meetings that are scheduled to take place in 2018.  In the upcoming fourth round of talks, the Trump administration will be proposing to increase the regional content in the automotive sector from 62.5% to 85%.  He also is requiring that 50% of that content be manufactured by producers in the United States.  One of the main reasons that Trump is seeking this change is his desire to reduce the US trade deficit with Mexico.  The lion’s share of the imbalance in trade with Mexico is due to the fact that the US imports more than it exports in the automotive industry to its neighbor to the south.

In terms of the major products exported from the US to Mexico, transportation equipment (including motor vehicles) accounts for some 15% of the total shipments to that country.  In addition to the automotive industry in Mexico, the US exports a significant volume of electronics and computer products.  Last year 5% percent of items shipped consisted of these products.  Finally, shipment of crude oil to Mexico stood at 2.5%.

What will happen to the automotive industry in Mexico should the rules of origin be changed?

Some industry watchers such as Gabriella Siller, director of Economic and Financial Analysis at Banco BASE, believe that a change in the rules of origin, or a possible exit of the United States from the NAFTA, will have a significant impact on all three of the countries’ automotive industries.   Increased taxes on car imports and auto parts from the automotive industry in Mexico to the United States and Canada will precipitate a realignment and possible disruption of the NAFTA region supply chains.  Increased taxes on imports of Mexican product into the US will result in higher end prices to the consumer.

Some individuals, such as the Eduardo Solis who is the executive director of the Mexican Association of the Auto Industry (AMIA), believe that NAFTA has been good for the automotive industry in Mexico, as well as for the auto sectors in both the United States and Canada.  He believes that a change in the NAFTA automotive rules of origin is not necessary.  Other industry watchers such as Luis Aguirre of the National Council of the Maquiladora and Export Manufacturing Industry (INDEX) stress that an increased cost in the end price of vehicles sold in the NAFTA region will not only adversely affect consumers but also will be a negative for the automakers.   Experts believe that if there is a significant change in the automotive rules of origin under a renegotiated NAFTA, adjustments should be transitioned in over a reasonable period of time and not be effectuated overnight.   This is because a change to the current regime would affect not only the end price of vehicles to the public, but would also be something that would affect companies’ investment decisions and manufacturing processes.   Because of Mexico’s upcoming presidential election season, NAFTA negotiators hope to resolve this issue by March.   Should negotiations extend beyond the conclusion of the upcoming Mexican elections, the automotive industry in Mexico, as well as those in the US and Canada will experience an even greater period of uncertainty.