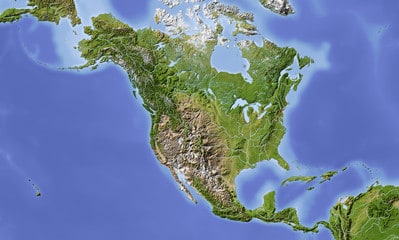 As of February 25, 2018 negotiations on NAFTA are underway in Mexico City.  The world is watching as decisions made will affect companies doing business in Mexico.  As a preview of our findings in this NAFTA Negotiations Update we believe there will be some changes that will be small improvements for some and small setbacks for others.

The governors of Texas, Arizona, and Minnesota lobby for the continuance of the NAFTA, because their states have benefited from the accord.

The threat to the continuance of the NAFTA under the administration of Donald J. Trump is still present. However, the possibility that the United States will abruptly abandon the world’s largest free trade agreement has been steadily decreasing.  This is because negotiators are busy at work solidifying mutually agreed upon points.   The chance that the US will exit the NAFTA is less likely today than it was just one month ago. This is the case even though there could be sticking points in the negotiations that threaten the accord.  To strengthen their bargaining positions between the sixth and seventh rounds of negotiations, the governments of Canada and Mexico recently met with key groups and individuals prior to the commencement of the seventh round in Mexico City on February 25, 2018.

State Officials Support a Continuance of the NAFTA

The most recent forum at which Canadian and Mexican trade officials have exercised their lobbying activities in favor of the continuance of the NAFTA was at the winter meeting of governors from a majority of US states.  Both countries were able to conduct meetings with thirty-three of the top state executives that were in attendance. Representatives from these states have met with President Donald J. Trump and Vice President Mike Pence on Monday, February 26 and Tuesday, February 27, 2018, to express their support for the continuance of the NAFTA.

In particular, the governors of Texas, Arizona, and Minnesota expressed their desire that the US remains in the North American trading bloc.   Doug Ducey, the governor of Arizona expressed that his state wants “more trade than less” with its southern neighbor.  Before meeting with the President and Vice President, Ducey held talks with Mexican and Canadian officials.  He expressed his desire that the treaty be favorably renegotiated with Carlos Manuel Sada, Mexico’s undersecretary for North America, and with representatives from Canada’s two largest provinces, Ontario and Quebec.  During their discussions, Ducey pointed out the fact that 5% of his state’s jobs are dependent upon trade with Mexico.

As for the support for the continuance of the NAFTA by officials from the state of Minnesota, Governor Mark Dayton pointed to the success that his state’s businesses have had in gaining access to Mexico’s agricultural and manufacturing sector.   In a letter to Trump, Dayton expressed his constituents’ support for the NAFTA and urged that the administration bring negotiations to a successful close in a “timely manner.”  Minnesotan trade with Mexico and Canada was valued at US$ 6.4 billion in 2016.

US Mid-Terms and the Continuance of the NAFTA

Treaty negotiators are hoping to conclude NAFTA negotiations before the US mid-term elections take place this coming November.  In addition to Texas, Arizona, and Minnesota, other states such as Pennsylvania, Ohio, Michigan, Wisconsin, Nebraska, and North and South Carolina have strong ties with their NAFTA trading partners.  Republican officials in these states will be lobbying the Trump administration for a continuance of the NAFTA.

A Significant Effort to Influence

Negotiators hope that talks can be successfully wrapped up prior to this coming July’s Mexican presidential elections.  Although progress has been slow, all parties to the talks have recently expressed that the outlook on technical chapters of the agreement is positive. While on a political level, however, dialogue, especially between the US and Mexico, has not been present.  A recent contentious telephone call between President Trump and Mexican President Peña Nieto is illustrative of this point.

Contrary to the situation in Mexico, the governments in Washington and Ottawa are of the opinion that there is no need to close the agreement soon.  This is primarily because the US does not want the negotiations to take place during the US mid-term elections.

Because of the manner in which the agreement has benefited the US economy (especially in the agricultural sector), it is reasonable to believe that the US will not pull out of the accord and will support a continuance of the NAFTA.

Hoping this article as a NAFTA Negotiations Update is of value to our readers.