Business opportunities between Mexico and China are Expected to Grow 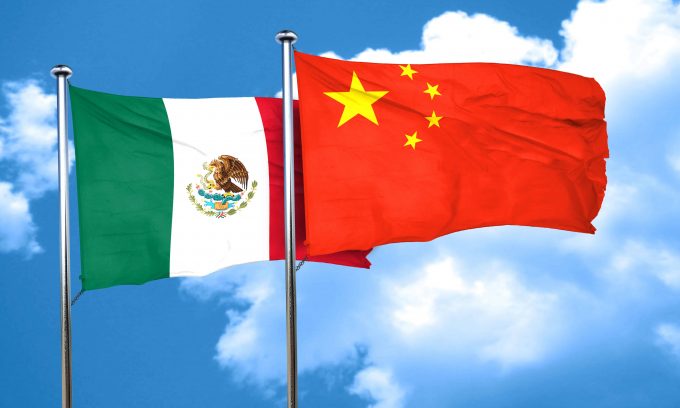 Business opportunities between Mexico and China are expanding at a healthy pace because both of the countries seek advantages related to the diversification of their respective economies.

Mexico and China are steadily doing more business with one another.  For instance, according to 2017 data provided by Mexico’s Secretary of the Economy, the estimated amount of Chinese foreign direct investment (FDI) in Mexico reached a total of US $228.1 million.  This figure was made up of US $192.8 in new investments with the remainder being applied to already established projects.

In particular, China’s FDI in Mexico has targeted the areas of transportation infrastructure, oil drilling, solar energy, telecommunications, consumer goods, toys, and textiles among others.   An example of a significant Chinese investment in Mexico in recent years is an investment made by the Chinese National Oil Company (CCNOC) in 2016.  At that time, because of the opening of Mexico’s long nationalized energy sector, the country’s government put up ten oil blocks for auction.  Of the ten, two were bought by CCNOC, while other blocks were secured by US companies, Exxon Mobile and Total.  Along with this deal, the Chinese Mexico Fund became the largest stakeholder in the Atlán Redes telecommunications project.  This agreement, which was signed in January of 2017, will establish the creation of an expansive wireless network that is expected to cover 92.2% of the Mexican population.   In addition to investing alone, China has been active in creating joint-venture arrangements with Mexican partners.  For instance, in 2017, China’s JAC Motors, a state-owned automobile manufacturer, teamed up with Mexico’s Giant Motors to invest US $200 million in an SUV auto production plant in the central state of Hidalgo.

To provide financial services to the expected influx of Chinese companies into Mexico, China’s fourth-largest bank by assets is currently pushing into the Mexican market.  According to one of the executives leading the Bank of China’s expansion into Mexico’s economy, Diego Folino, “there are about 70 strong companies already investing in Mexico and Chinese financial institutions must follow them.” The National Banking and Securities Commission of Mexico (CNBV) authorized to start operating in Mexico in June of 2016.  Another Chinese bank, the Industrial and Commercial Bank of China (ICBC) is also authorized to conduct financial activities in Mexico.

More business opportunities between Mexico and China are desired by the former, most importantly, as a means by which it can diversify its international commercial relations.  Mexico’s exposure to the US economic cycle and its economic policies is undeniable.  According to Harvard University’s Atlas of Economic Complexity, “the US is the destination of 73% of Mexican imports and the source of 53% of its imports.”

In just the past four years, both countries have further deepened their overall relationship by entering into approximately fifty new cooperation agreements relating to a variety of areas ranging from economics and politics to culture, science, and education.  In the last two years, in the realm of trade and commerce, eight new Mexican products have gained access to the burgeoning Chinese food market.  These include white corn, beef and pork, dairy products, avocados, blackberries, beer, and tequila.  Mexico also exports electronics, shoes, white goods, industrial machinery, petrochemicals, and pharmaceuticals to its Eastern trading partner.  It is significant that China is now the third largest destination for Mexican export sales.  In addition to the aforementioned items, Mexico is also now the main Latin American supplier of auto parts and motor vehicles to the Chinese market.  Mexico’s imports from China are typically intermediate or capital goods, which are used or repurposed for re-export, mainly to the United States. Mexico is China’s main largest commercial partner in Latin America.

With the recently begun presidency of Andres Manuel Lopez Obrador, it is expected that business opportunities between Mexico and China will continue to grow.   This is because the Lopez Obrador administration is acutely aware of its overexposure to the U.S. economy and its business cycles.  Now it is trying to hedge its bets.  Recent figures show that total annual Mexican exports to the United States are valued at US $372.4 billion, while its exports to China account for only US $6.7 billion.  These figures demonstrate that business opportunities between Mexico and China have much room to grow.