The Effects of NAFTA on Mexico 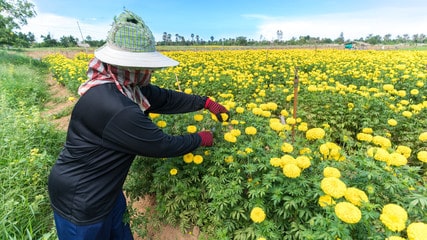 While much of the recent discussions examining the positives and negatives related to the North American Free Trade Agreement (NAFTA) focus on the United States, it is also important to examine the effects of NAFTA on Mexico.

The Effects of NAFTA on Mexico

After an intensive period of negotiations between the three signatory countries to the treaty (the United States, Canada, and Mexico), the NAFTA came online in 1994.  During the extensive talks that were held prior to the time of implementation of the treaty, the Mexican public was assured that the effects of the NAFTA on Mexico would be increased economic growth and prosperity, and, therefore, more opportunity for the working classes.  Now, twenty-three years after the NAFTA was signed into law by the three trading partners, results, from the Mexican perspective, have been mixed.

The overriding purpose of the North American Free Trade Agreement was to eliminate all tariffs on trade conducted between the member countries.  After a period of ten years, all such levies were eliminated.  From a macroeconomic perspective, utilizing the criteria of trade volumes between the US, Canada, and Mexico, the accord has been a success.  Since 1994, trade between the North American partners has increased by a substantial four hundred percent. From the Mexico’s perspective, the accord transformed the country from what was an extremely protected and closed economy to one of the world’s most open.  With the opening of the Mexican economy came both the positive and negative.

From a manufacturing perspective, the effects of the NAFTA on Mexico can, in general terms, be seen as a positive.  Following the passage of the treaty, many foreign manufacturing firms set up shop within the nation’s borders.  As a result, manufactured exports, as a percentage of the country’s gross domestic product (GDP), rose from 8.56 percent in 1993 to 36.95 percent in 2013.  Although NAFTA is cited as the cause for the loss of 44,000 domestic manufacturing jobs since its inception, the country has gained more than 500,000+ jobs as a result of significant foreign investment activity.   Despite the influx of manufacturing jobs, the rate of pay for direct factory workers has been stagnant since 1994, although upper and middle management positions which were once occupied mostly by foreigners are now staffed by Mexicans.  The wages of this class of worker are similar to those of comparable jobs in the United States.  In 2016, the automotive industry in Mexico accounted for 3.1 percent of the country’s gross domestic product (GDP)

Although growth of the overall economy has averaged only a mediocre two percent annual growth since the implementation of the NAFTA, one sector that clearly has been impacted favorably since 1994 is the Mexican automotive industry.  Mexico has been the recipient of huge foreign investment by global automotive manufacturers and has become the fourth most prolific exporter of vehicles in the world.  Only Japan, South Korea, and Germany ship more product to foreign buyers.

The Effects of NAFTA on Mexico: A View from the Agricultural Sector

Although, on the balance, the North American Free Trade Agreement has been a plus for the export manufacturing portion of the economy, the effect of NAFTA on Mexico has been negative in other areas.  The most glaring example of this can be found in the state of the agricultural sector of the country’s economy.  As tariffs were eliminated on farm products, the United States was able to send an increasingly larger portion of its harvest across the border to its southern neighbor.  It is estimated that approximately two million small farmers were forced to leave the countryside.  Mexican growers of corn, in particular, were adversely affected by cheaper imports from the United States.  While many of these rural workers were forced into the informal sector of the economy, many opted to migrate to the United States in search of work in growing fields there.   Additionally, because the provisions of the NAFTA made it easier to sell land, presently large transnational companies such as Maseca, Bimbo, Cargill, Bachoco, PilgrimsPride, Tysson, Nestle, Lala, Sigma, Monsanto and others control the bulk of Mexico’s arable lands.  This concentration of ownership by large agricultural concerns also played a large role in the mass exodus of rural farmers from the Mexican countryside.

In general terms, the average Mexican is of the opinion that the NAFTA has not lived up to the promises made by those leaders that negotiated the treaty in 1994.  As a member of the North America trade group, Mexico’s economy as a whole has not grown at the rates that were anticipated.  Although some manufacturing industries such as the automotive sector, have thrived since the signing of the North American Free Trade Agreement, others, such as Mexican agriculture, have been adversely impacted by cheap imported product coming from the United States.  While it might be possible to say that, in general terms, Mexico’s industrial North has benefitted from the NAFTA, its rural south has not.