Winners and Losers of the New USMCA Trade Accord 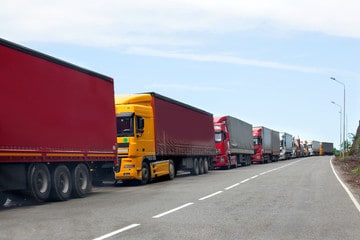 After more than a year of complex, and sometimes tense, negotiations, the three North American neighbors sealed the new USMCA, or the United States, Mexico, Canada Trade Agreement.  The USMCA replaces the North American Free Trade Agreement (NAFTA), which came into force on January 1, 1994, after being ratified by the governments of the three signatory countries.  At that time the NAFTA was enthusiastically and unqualifiedly supported by the governments of each country.

Almost a quarter of a century after the signing of the NAFTA, economic realities for the three countries are significantly different.  Many sectors benefited from the effects of increased globalization brought about by the NAFTA, while others that did not want to see changes negotiated into the new USMCA agreement. The strong consensus that existed in the 1990s had, to some degree, vanished and a sort of political polarization between supporters and opponents of free trade developed.   According to international trade experts, the new USMCA can be characterized by both winners and losers.

Each Party to the USMCA is Affected

At the present moment, the sections of the accord that have greatly driven the NAFTA are those dealing with auto parts, and the entire automotive supply chain.   North American auto parts and automobile assemblers are winners as a result of the newly negotiated USMCA.  Under the NAFTA the accord’s rules of origin for the industry dictated that 62.5% of the value of an automobile be made of North American inputs to be considered “originating” and eligible to receive duty-free treatment.  Under the provisions of the USMCA this figure rises to 75% percent.  As a result, more inputs to the automobile manufacturing process will be sourced within the boundaries of the three NAFTA countries.  The volume of parts sourced from places such as the Far East and Europe will diminish.    Also, in the automotive industry, workers in Canada and the United States will benefit from a provision in the new USMCA.  Under the terms of the agreement, 40% of the value of a finished automobile must be derived from places which have an hourly wage rate of US $16 or higher.  Presently, only 15% of Mexican workers earn the equivalent of this amount, and these individuals labor in management, engineering or other higher-level positions.

An example of a significant “win” for the United States was gained for American dairymen.  The provisions of the USMCA will make it easier for American product to be sold into the restrictive Canadian market.  Historically, US dairy products have faced a barrier of high Canadian duties in this sector.  Under the prior NAFTA trading regime, Canada maintained tariffs on ultra-filtered milk that had discouraged that country’s dairy product producers from buying from the United States.  Ultra-filtered milk is the main ingredient in the elaboration of such products as yogurt, cheese, and powdered milk.    Under the USMCA ultra-filtered milk can enter into the commerce of Canada duty-free.  Obviously, this new trade provision will have an adverse effect on Canadian dairy producers.

The USMCA as a Political victory for Trump and Peña Nieto

Although the USMCA has positive and negative effects on each of the three parties to the agreement, US President Donald Trump and Mexican President Enrique Peña Nieto emerged as clear victors.  While President Trump can make the claim that he has sealed a new agreement that is better for the United States than the NAFTA, the Mexican President can point to the success that he had in coming to a new agreement before the imminent expiration of his term in office.