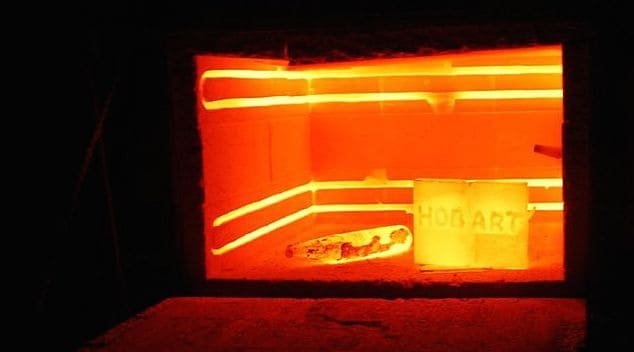 Spanish heat treating service provider Imesaza’s new Mexican facility is located in Celaya, Guanajuato on the Pan American Highway.   It will operate under the name “Imexaza.”

The Vitoria-Gasteiz, Spain-based company’s move to provide heat treating in Mexico was driven by the nearby presence of major European automotive assemblers such as Audi, Volkswagen, and BMW, as well as top tier industry suppliers such as ZF and CIE Automotive.

Additionally, the Spanish firm will provide service to ITP. ITP is headquartered in Spain, as well, and has a Queretaro, Mexico production facility from which it supplies the Mexican aerospace industry cast parts that are used in the production of aeroengines.

As heat treating in Mexico becomes increasingly available, the depth of the country’s manufacturing supply chain will increase proportionately. In the past, firms involved in manufacturing operations that require heat treating capabilities and services in proximity to their Mexican operations encountered the obstacle of lack of availability. This circumstance often prevented companies requiring heat treating services from locating manufacturing facilities in Mexico.  This , however, is gradually changing.

Although Imexasa will also serve aerospace customers,  Marcos Garcia Jimenez, a supplier to the company, recognizes that the substantial opportunity to sell heat treating services in Mexico is due mostly to that fact that, “Mexico is becoming more and more important for established companies in the automobile industry.” The European executive, and many others, has noted that Mexico “has long ago made the transition from manufacturing cheap components to high-tech production.”

Today Mexico is not only a viable center for advanced manufacturing, but also, increasingly, becoming involved in research and development, as well as design. As industry that requires the service continues to arrive, the demand for heat treating in Mexico, as well as other value-added manufacturing operations will continue to grow.

Read the primary source for this post at thomasnet.com .

Receive all new content as it is posted by subscribing to the Tecma Group of Companies’
RSS Feed.