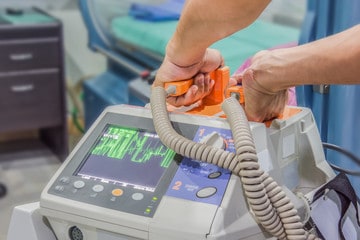 One of the effects of the NAFTA on the border cities of Tijuana and Juarez was to transform them into some of the world’s most prolific centers for medical device production.  Workers there churn out millions of medical devices manufactured in Mexico every day from plants that belong to companies such as Medtronic, DJO Global and Greatbatch Medical.  These globally recognized firms produce items that range from bags for intravenous lines to artificial respirators and parts for pacemakers.

From a dusty border town to a medical device manufacturing mecca

The high-tech medical devices manufactured in Mexico have helped to transform the Mexican border factories in Tijuana and Juarez into a powerful and advanced industrial complexes.  Whereas in past decades Mexican maquiladoras produced textiles and assembled electronics, today qualified Mexican engineers and technicians produce sophisticated orthopedic devices, surgical equipment, and catheters.

The characteristics of the medical device industry in the city of Tijuana and the state of Baja California include:

Medical device manufacturing in Tijuana and Baja California benefits from the city and state’s geographical location, as well as from the openness of Mexico’s economy.   The sale of medical devices manufactured in Mexico is also facilitated by the fact that the country has developed an export platform by signing a total of ten free trade agreements.  These ten treaties govern trade and investment between Mexico and a total of forty-five other nations.