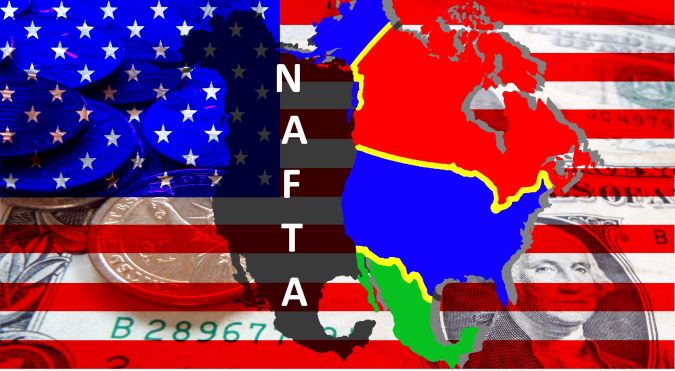 
This year marks the twenty-third in which the North American Free Trade Agreement governs tri-lateral trade between North American neighbors Mexico, the United States and Canada.  At this point in time,  renegotiating NAFTA is a priority for each.

Since the accord came into effect in 1994, the volume of trade between the three signatory nations has increased by a factor of three. Today duty-free trade amongst the countries is valued at approximately US $80 billion per annum. A full 14% of global trade is now conducted under the auspices of NAFTA Rules. For each of the countries involved, there are risks and benefits, as well as goals and objectives associated with renegotiating NAFTA. This article will consider the process from the Mexican side of the negotiating table.  Additionally, this post will initially examine three risks that Mexico faces in updating the trade pact. Secondly, we will look at six ways in which Mexico might benefit by the comprehensive retooling of the accord, and, finally, we will examine the conditions under which Mexican officials have stated they are willing to renegotiate.

At the outset of the initiation of NAFTA talks which began this past August 16th, Mexican officials made it clear that negotiating a bad deal from their nation’s point of view would be to the great detriment of the country’s overall economic health and well-being. More specifically, a bad deal would have a negative effect on at least three of the most important areas of the nation’s economy.

To start with, a poorly negotiated NAFTA could have an adverse effect on the country’s ability to capture an ever-increasing share of global foreign investment. Companies, primarily from the United States, bring their capital and know-how to Mexico for the purpose of producing within its borders in order to gain access to markets in which Mexican products enjoy preferential treatment. Mexico has a network of 10 free trade agreements that govern its commerce with a total of forty-five nations. Additionally, Mexico has 32 Reciprocal Investment Promotion and Protection Agreements (RIPPAs) with 33 countries, 9 trade agreements (Economic Complementation and Partial Scope Agreements) within the framework of the Latin American Integration Association (ALADI), and is a member of the Trans-Pacific Partnership Agreement (TPP) ‍.

A second risk that the country would likely face as a result of a badly renegotiated NAFTA would be the decrease in exports that would be provoked by the imposition of tariffs on certain products by all parties to the agreement. Should this happen Mexico’s Economic Secretariat (SE) estimates that going forward, only 36% of exports to the US and 35% of exports to Canada would be duty-free. This would cause a reduction of the competitiveness of Mexican made products in the US market.

Thirdly, a bad outcome of renegotiating NAFTA would be the negative effect that it would have on the growth of Mexico’s gross national product (GNP). The country’s Economic Secretariat cites information from the International Monetary Fund (IMF) that asserts that “the negotiated imposition of unilateral import taxes and other non-tariff barriers to trade would have a negative impact on imports to the US market, and would be prejudicial to the overall growth of the Mexican economy.”

On the flip side of the coin, along with the possible risks of renegotiating NAFTA, it is important to be cognizant of the good that a reworking of the twenty-three-year-old accord could result in. The following are five areas in which Mexico could come out of present talks a winner:

As is the case with the other two parties to the agreement, Mexico’s Economic Secretariat has articulated the conditions under which it is willing to come to the bargaining table. The following five points have been communicated by Mexican government officials:

For further information on NAFTA Renegotiation, the reader is invited to review our blog at https://www.tecma.com/.