There is great potential for solar power in Mexico 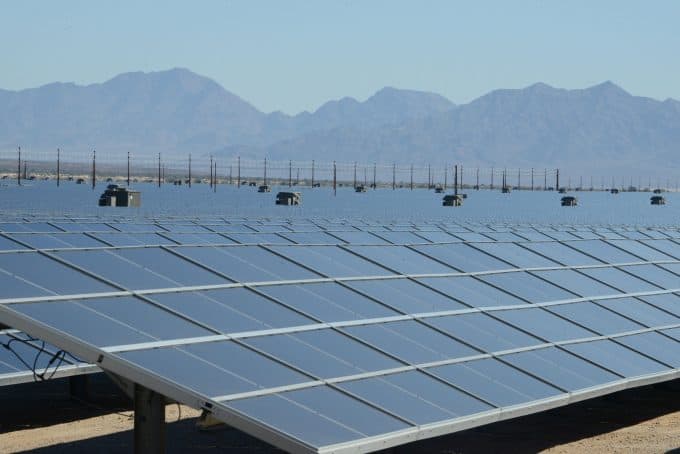 The global photovoltaic industry considers Mexico to one of the top five countries to invest in. There is a growing consensus that solar power in Mexico, and its related manufacturing, has great potential for growth.

Solar Power Mexico (SPM) recently applied a survey to more than 30 international companies that are engaged in manufacturing, distribution, supply, and integration in the photovoltaic sector. This number includes SPM 2020 exhibitors, partners of the Mexican Association of Photovoltaic Industry (AMIF) and associates of the Mexican-German Chamber of Commerce and Industry (CAMEXA), from Germany, as well as organizations from Spain, the United States, Canada, and China,

At a recent virtual conference, Eduardo López, director of Solar Power Mexico, said that, for 60% of companies that took part in the survey, Mexico is among the 5 most relevant countries for the solar power industry globally. “Unlike other countries where the main variables to invest are the regulatory framework or legal certainty, in Mexico, what matters to companies is the size of our market and our competitive advantages in the sector related to solar power in Mexico,” said the director of SPM.

The survey also found that 80% of participants in companies perceive that recent changes in federal energy policy limit the development of renewable energy in the country. “However, it is also relevant to say that 44% of respondents that are investing in solar power in Mexico are projecting their business more than 10 years into the future.  Therefore, their vision for the country is not of a six-year presidential term,” but is for a decade or two forward,” Eduardo López maintained.

For his part, Leonardo Velasco, president of the Mexican Association of the Photovoltaic Industry, stated that legal certainty and stability in the regulatory framework are indispensable elements to promote the advancement of solar power and other renewables in Mexico. “Due to the urgency that is being felt related to the achievement of global environmental goals, we cannot afford to experiment or change with provisions that serve short-term interests. The generation of renewable assets on a small and large scale must continue its progress and we must promote technological solutions that allow greater penetration of solar energy in Mexico into the electricity grid,” Velasco said.

Kira Potowski, head of the Department of Commerce and Investment in the Mexican-German Chamber of Commerce and Industry (CAMEXA), recently spoke about the importance of solar thermal energy as a solution with great opportunities for the future for Mexico. In addition, Potowski noted that the survey that was conducted by Solar Power Mexico yielded very similar results to another on that was applied to CAMEXA partners last June, where 800 companies operating in Mexico expressed their concern about the economic and health effects of the COVID-19 pandemic and energy decisions that hinder investment.

On the recent entry into force of the United States-Mexico-Canada Free Trade Agreement and the update of the Mexico-European Trade Agreement, the survey found that 70% of the companies surveyed were optimistic that trade mechanisms will help strengthen confidence in the future development of solar power in Mexico.

Yusef Kanchi Gómez, Commercial Director of Baywa r.e., a leading global renewable energy developer, emphasized that both treaties open up the unique opportunity for domestic and international companies to help Mexico undertake the transition to use more solar power and renewables.  Such circumstances will precipitate large investments in Mexico, generate thousands of well-paid jobs in the country and help public-private partnerships promote the widespread use of solar power in Mexico.

For his part, Horacio Duhart Trespalacios, CEO of Exel Solar, mentioned that the solar distributed generation market in Mexico experienced a spectacular rate of growth in 2019. It reached an installed capacity of almost 1GW (975MW) and 129,893 accumulated interconnection contracts, which yields 41% and 37% growth, respectively. “By 2020, Exel Solar expects growth similar to 2019,” Duhart said.

With regard to the present and future regulations of the photovoltaic market, Alexander Wolf, General Manager of Meteocontrol in Mexico and Central America, stated that these should not necessarily be considered as limiting for the development of the photovoltaic sector and the solar industry in Mexico, since there are already technical solutions that allow systems to adapt in order to comply with these requirements.

Eduardo López, the director of SPM, recently stressed that the renewable energy transition is unstoppable, regardless of the political leanings of the world’s governments. In addition, he called on all those involved in renewable energy to consider Solar Power Mexico as the ideal place to do business, access technology, and knowledge and to restore consensus around renewable public energy policies.   His organization seeks to incentivize projects and investments that will allow solar power in Mexico to become the industry that it should be.