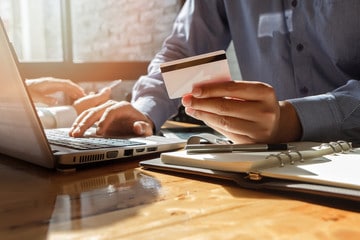 The recently negotiated agreement that replaces the NAFTA includes chapters dealing with digital commerce, customs regulations, and labor relations that can benefit both workers and consumers.

After a year and a half of talks, the United States, Mexico, and Canada have reached an agreement on trade and commercial matters.  What was once called the NAFTA is now known as the USMCA.  There will be a number of benefits of the United States Mexico Free Trade Agreement that will be experienced by the citizens of the three countries that are signatories to the accord.  The new rules that define the USMCA should come into effect in the second half of 2019.  Among the new features of the updated accord are:

Under the provision dealing with this issue under the new United States Mexico Free Trade Agreement, a consumer in Mexico will be able to purchase (online, from a catalog, or from relatives) US $ 50.00 dollars’ worth of goods tax-free.  The amount of tax-free purchases that Mexican consumers can make from Canadian sellers is $ CAD 150.00.  Also, according to the text of the United States Mexico Canada Free Trade Agreement shipments valued at US $117.00 will be allowed to enter the US free of duty, while items with a value of up to $ CAD 40.00 will be allowed to enter the territory of the Agreement’s northernmost signatory.  One of the main objectives of this section of the USMCA is to benefit small and medium-sized businesses that are sometimes less able to pay taxes and duties that have been customarily been charged.

Under Chapter 19 of the United States Mexico Canada Free Trade Agreement, the distribution of digital products (movies, music, videos, and books, among others, will be free of customs duties and other discriminatory measures.  The text of the agreement reads that “No party shall grant less favorable treatment to digital products  created, produced, published, contracted or made available for the first time under commercial conditions in the territory of another Party (partner to the agreement), or digital products of which the author, the performer, the producer, the developer or owner is a person from another Party, which is granted to other similar digital products.

Chapter 23 of the United States Mexico Canada Free Trade Agreement, which was emphasized by Mexico, deals with the adoption of measures to ensure the effective recognition of the workers’ right to collective bargaining.  This means that workers can unionize, or leave a union, with full freedom.

Section 3 of Chapter 23 provides that “The parties recognize the vulnerability of migrant workers and ensures that migrant workers are protected by each country’s labor laws, whether national or non-national.”  Additionally, the USMCA must adopt the labor rights that are recognized by the International Labor Organization (ILO).

Lastly, Chapter 4 of the rules of origin of the United States Mexico Canada Free Trade Agreement (Annex B) opens up an opportunity for better wages in Mexico, at least in the automotive industry.  This provision of the USMCA establishes that between 40% to 45% of an automobile that is manufactured in the region must have content produced in areas in which wages paid to workers are equal to, or exceed, $ US 16.00 per hour.

The United States Mexico Canada Free Trade Agreement establishes that the customs authorities of each of the signatory countries will have the task of stopping the entry and exit of items that are suspected of violating copyright law (pirated goods).

Additionally, Article 5 of Chapter 20 of the USMCA states that “each party shall provide that its designated authorities may initiate border measures against counterfeit products of trademarks or products pirated with copyrights in customs.”