The Use of 3D Printing in Mexican Industry is Growing 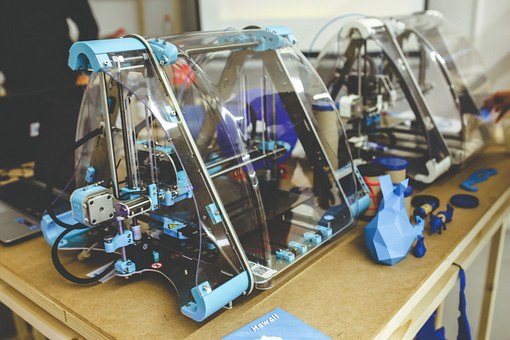 3D printing in Mexican industry, the United States, and Europe account for 68% of revenues generated, while the Asia Pacific region accounts for 27%

In recent years, the demand for products and services related to 3D or additive manufacturing in Mexico has been increasing.  The two areas in which the use of 3D printing in Mexican industry is becoming most prevalent are in the aerospace and automotive sectors.  Additionally, significant segments of the electronics industry in Mexico are making use of this technology.

Globally, the 3D printing market is estimated to be worth approximately US $7.3 billion, with a primary market that includes printing systems, materials, supplies, and services.  It is estimated that by 2020, 3D printing in Mexican industry will account for 70% total parts production in the automotive, aerospace, medical devices and household appliances sector, among others.  This is according to Mexico’s National Council of Science and Technology (CONACYT).

3D printing in Mexican industry is on a growth trajectory

Currently, North America, including Mexico and Europe, account for 68% of the revenue generated by 3D printing.  The Asia Pacific region accounts for another 27%.  Stratasys, the leading manufacturer of 3D printing equipment and supplies estimates that the use of 3D printing in Mexican industry will grow between 30% and 40% in the current year.  The company believes that, in the next several years, Mexico will be the Latin American country with the highest adoption rate of this technology.

The first 3D printing in Mexican Industry was done by Ideaz3D, a company that is located in the capital of the state of Sonora, Hermosillo.  The firm started out with four printers in 2013 and now has more than 20.  Their initial goal was to serve the general public, but market demand led them to grow their customer portfolio in industry.  Sectors served by Ideaz3D include aerospace, automotive, and electronics.  The company is capable of manufacturing functional precision prototypes made of certified industrial grade materials and low-volume end parts.

According to data from Mexico’s National Autoparts Industry Association (INA), the six states on the country’s northern border have the most potential for utilizing 3D printing in Mexican Industry.  This region accounts for 54% of the nation’s production of auto parts, while the same six border states are home to 186 of the country’s 312 aerospace companies.  In addition to the states bordering the US, the interior Mexican state of Queretaro also has significant potential for the use of 3D printing in Mexican industry.  Queretaro is the source of 28.1% of the country’s autoparts production, as well as is home to 44 companies that produce parts for the aerospace industry.  This is according to the Mexican Federation of the Aerospace Industry (FEMIA)

3D printing in Mexican industry is more than just prototypes

Increasingly the Mexican automotive and aerospace industries rely on 3D printing technologies for the development of prototypes and products that they use in their assembly lines.  Additionally, it  is the source of jigs and fixtures, and toolings and templates.   In addition to the aforementioned industries, the use of 3D printing technologies is on the rise in the electronics sector.  In Mexico, electronics manufacturers of mobile phones and other electronic devices are printing many parts, tooling and fixtures, as well as certain parts for demonstration and product launches.  Worldwide, the electronics and automotive industries combined contribute 20% of the total revenue generated through the use of 3D printing technologies.  Companies use 3D printing in Mexican industry mainly for prototyping, however, some smartphone manufacturers have begun to use the technology in the production of final products.

Another sector that is growing in the adoption of 3D printing technology is the medical device industry.  Fifteen percent of its revenue can be attributed to its use.  Medical device companies are more advanced in the use of 3D printing for finished products such as prosthetics or hearing aids.  Currently, 3D parts are mainly used for functional parts (29%); prototypes (18%); and visual prototypes (10%).  Based on current forecasts, 3D printing will soon account for over US $640 billion of the industry’s overall production capacity.

Trends for growth in 3D printing in Mexican industry are similar to those being experienced worldwide. As is the case with the rest of the world’s industry, Mexican manufacturers use the technology for the production of prototypes.  Increasingly, however, it is being used to produce tools, jigs, and fixtures, as well as for end parts.