Current Keys to and Challenges of the Manufacturing Industry in Mexico 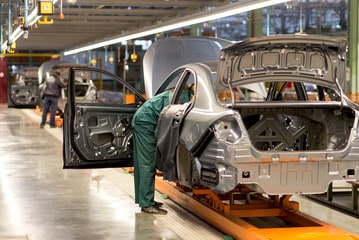 Manufacturing is one of the main pillars of the national economy.

According to the World Trade Organization (WTO), Mexico is the 13th most prolific exporter of goods and the 12th largest importer of goods worldwide. An indication of the dynamic nature of the manufacturing industry in Mexico is the expansion of the industrial labor force that has taken place through the month of June in 2019.  According to Mexico’s National Institute of Geography and Statistics, the number of Mexicans employed in industry this year is 2.8% greater than a year ago.  Economists believe that the health of the manufacturing industry in Mexico as well as in Guanajuato is the product of three main factors:

Manufacturing in Mexico is Diverse

Mexico’s industrial base is varied.  Producers in the country range from small enterprises such as tortillerias, bakeries and mills, to large conglomerates such as world-class automotive assemblers, aerospace parts manufacturers, pharmaceutical laboratories and other types of large-scale manufacturing establishments.

Increasingly, the manufacturing industry in Mexico is sourcing domestic inputs in order to elaborate its products.  For example, Mexico produces homegrown cotton for its textile companies, aluminum for its automotive industry suppliers, polyethylene for its plastics industry, and sugar for national firms that manufacture food and beverage items.  Despite the fact that the use of domestic inputs is on the rise, Mexico still has a way to go towards achieving greater self-sufficiency and control over its productive processes.

The introduction of new technology has always been a disruptive element in the manufacturing sector.  With the introduction of Industry 4.0 into major developed countries, however, challenges are growing for emerging economies, such as that of Mexico, not to be left behind.

With Industry 4.0 there are several technologies that are compatible with the manufacturing industry, such as the Internet of Things (IoT), Cloud Computing, Collaborative Robotics, Additive Manufacturing (3D Printing), Augmented Reality and Data Intelligence.  Data Intelligence is of particular significance in that it allows manufacturers to obtain accurate information pertaining to almost any link in the production chain to generate operational intelligence.

An example of a company in the manufacturing industry in Mexico including the Guanajuato region, that has entered the realm of Industry 4.0 is Kimball Electronics.  Its production facility is located in the northern border city of Reynosa, Tamaulipas where it manufactures circuit boards and electronic subassemblies. This year, Kimball has begun to test data infrastructure on a real-time basis through the use of OSIsoft technologies to diagnose failures and errors.  Use of this tool at its Mexico manufacturing facility has saved the company significant time and money and has paved the way for its use at other Kimball Electronics global locations.  More and more, Industry 4.0 technologies are being adopted by the manufacturing industry in Mexico.  This is an important and necessary step for companies that face the challenges related to converting large data flows into detailed, valuable, and real-time information.

As an example, INEGI reported that, during the month of April 2019, the value of merchandise exports from Mexico amounted to a total of US $39 billion in goods.  This figure reflects the enormous value of products manufactured by the trained Mexican workforce.  In order to keep pace with the demands created by the proliferation of Industry 4.0 technologies, however, it is essential that Mexico establish better links between government, industry and academia.  The strengthening of such ties will promote the sharing of knowledge and will support the development of new businesses and products.

The manufacturing industry in Mexico and in Guanajuato is at a crucial moment in its development.  Its advantages – diversity, data technology, and human capital – can be the impetus for other factors such as logistics and research to help to take the Mexican economy to its next level of development.