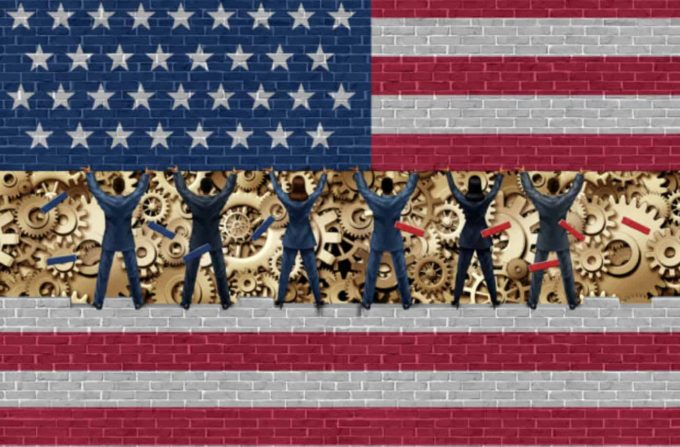 In spite of the negative rhetoric about goods no longer being made in America, the surprising reality is that American manufacturing is actually quite strong and continuing to grow. It’s true that not as many workers are employed in the manufacturing sector as once were, but this is only part of the story.  An example of a growth company in the US that is setting records is JEM Electronics.

Everyone knows China is the leading manufacturer in the world. But what a lot of people don’t realize is their manufacturing peaked in the 1990s and has been declining ever since. Thirty years ago, human capital was the primary input for manufacturing, and Chinese labor was as cheap as it came. But these days, manufacturing has changed, and there is a new challenger for the position of top producer in the world: the United States. In fact, experts predict the US will overtake China as the #1 manufacturer in 2020.

In 1900, there were a lot more people employed in agricultural jobs than there are now. Is America starving now? Of course not! As technology and markets changed, fewer and fewer laborers were required for the same agricultural output. Those laborers eventually transitioned into other jobs such as tractor mechanic and truck drivers. Likewise, there are undoubtedly fewer Americans employed in American manufacturing jobs than there were thirty years ago, yet manufacturing output in the past three decades has actually doubled! Manufacturing is America’s largest economic sector, and the US currently manufactures more than the next three global producers combined.

Many of the products American manufacturing specializes in are high-value goods. While automation has reduced the number of workers in manufacturing, there are some goods best manufactured by skilled workers like those found in the US. In fact, according to the Congressional Research Service, skilled manufacturing jobs for workers with a graduate degree have multiplied by 32% since 2000.

For information such as this article on subjects dealing with the United States, Canada, Mexico, NAFTA, Border Adjustment Tax, etc, you’re invited to review our blog at https://www.tecma.com.