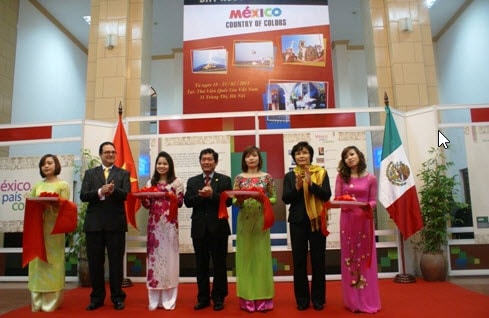 Mexico is one of the most proactive nations in the world when it comes to free trade agreements. Mexican economic ties crisscross the globe in an impressive manufacturing and trade network. Recently, the Latin American country has been making inroads with Asia. And the small Asian country of Vietnam is no exception.  Mexico Trade Agreements now include Vietnam.

Over the past several decades, Mexican economic ties have gradually grown more expansive and global. Most notable of Mexico’s trade agreements is the North American Free Trade Agreement (NAFTA) with the US and Canada. Economically, Mexico is largely defined in terms of its regional partnership with the US in manufacturing. But trade ties extend far beyond just North America. Currently, Mexican economic ties include:

Mexico Trade Agreements position the Latin American country as a vibrant portal to a potential of approximately 60% of the world’s GDP. Mexico is a member of some of the most important economic conventions in the world, including:

In recent years, Mexico has grown more independent of NAFTA and the US and begun strengthening ties with Asian countries, such as Vietnam. Mexico established diplomatic ties to Vietnam immediately upon the Asian country’s liberalization in 1975, and strong economic relations have been developing ever since. The two countries are sister members of several important economic conventions, such as the Asia-Pacific Economic Cooperation (APEC), the Forum of East Asia-Latin America Cooperation, and now the TPP. Trade between the two countries is rising at an annual rate of approximately 40%, and bilateral trade in the first quarter of last year was valued at $776 million USD.

Vietnam’s chief exports to Mexico include electronic devices and parts, leather footwear, seafood products, transport vehicles, and rubber. Mexico’s chief exports to Vietnam include computers and electronic parts, animal feeds, heavy equipment, and metals. Like Mexico, Vietnam boasts a young and skilled workforce, low costs for manufacturing labor, and a growing middle class. The two countries see a united future, especially in light of the new TPP agreement, which both countries are banking on to strengthen their economic ties and further mutual investment and cooperation.

Mexico Trade Agreements with Vietnam and other Asian countries enable Mexico to further cement its place in the world as an emerging manufacturing powerhouse and trade partner of choice. Already a highly integrated partner with the US, Mexico is now becoming a more independently viable trade partner for countries in both Europe and Asia as well.

The entire North American Manufacturing Hub benefits from the multiple free trade agreements entered into by Mexico.  It is interesting that Mexico trade with countries such as Vietnam are growing at an annual rate of 40% or more.  US companies that are manufacturing in Mexico stand to benefit as these channels of trade include products manufactured in Mexico by US companies.

For further information on this subject the reader is invited to tour our blog at https://www.tecma.com.