Automotive linkages between the US and Mexico 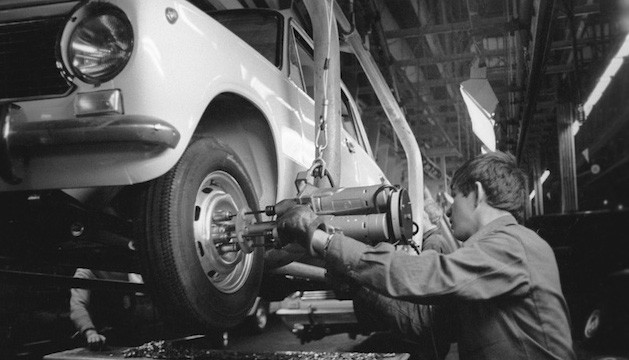 During the end of the month of April, the NAFTANEXT Summit took place at the Palmer House Hotel in Chicago, Illinois.

Automotive linkages between the US and Mexico was the title of a presentation made by Thomas Kier, Senior Economist and Research Advisor at the Federal Reserve Bank in Chicago for those in attendance.

Automotive linkages between the US and Mexico run deep

Mexico is becoming an increasingly important player in both the North American and global automotive manufacturing world. Whereas by 2020, the U.S. will still be the continent’s main producer of passenger vehicles with 65.7% of an estimated 17.8 million units, Mexico will continue to gain in capacity when compared to the third NAFTA partner. It is estimated that Mexico will be the source of 20% of new units built, while the Canadian share will drop to 11.3%. Recently Mexico became the eighth most prolific manufacturers of automobiles in the world, and surpassed Japan as the largest supplier of exported vehicles to the United States.

Klier’s NAFTANEXT Summit presentation is the source of a series of excellent graphics that illustrate the number, quality and depth of existing automotive linkages between the US and Mexico.Information provided illustrates:

In his summary, Thomas Klier concludes that while Canada’s share of overall NAFTA region light vehicle production is diminishing, automotive linkages between the U.S. and Mexico are becoming stronger,and, that, today’s North American automotive industry is characterized by a high degree of integration.

Automotive linkages between the US and Mexico