Queretaro is Home to the First Automotive University in Mexico 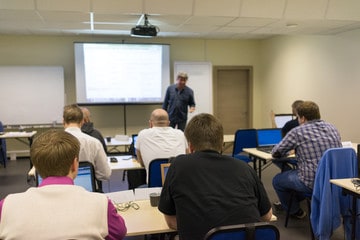 In addition to the first automotive university in Mexico, Queretaro is home to other high-profile industry training and education facilities.

The first automotive university in Mexico has recently opened its doors inside of the Polytechnic University of Queretaro (UPQ).  The educational facility will be a part of that educational institution’s Center for Innovation and Automotive Development (CIDEA) and will be run by local automotive industry supplier, Brose.  Brose is a headquartered in Germany and has had a presence in Mexico since 2010.  The company manufactures HVAC blowers, window regulator drives, cooling fan motors, steering component motors and several other inputs to customers such as Volkswagen, Ford, GM, Nissan, Honda, Chrysler, Daimler and Audi.

The announcement of the opening of the Center was recently made by the governor of the State of Queretaro, Francisco Dominguez Servien.  The agreement to establish the facility was signed by the governor and Brose executive personnel during the former’s visit to Germany in June of 2017.

In his message, Dominguez Servien noted that a total investment of approximately US $15 million in the construction of the facility and the purchase of equipment.  In his remarks, the governor stated that “the automotive university in Mexico at the UPQ will raise institutional skills and will help to make the state’s automotive sector the most competitive in Mexico.”  The governor also reported that the state of Queretaro is home to 172 automotive suppliers and that these companies have generated more than 44,000 direct jobs.   He also noted that with the presence of the first automotive university of Mexico in the state, the industry in Queretaro could eventually employ more than 75,000 workers and could contribute 25% to the entity’s Gross State Product (GSP).

The Center for Innovation and Automotive Development consists of a building that has three floors.  While the two bottom floors will be dedicated to instruction, the third floor of the first automotive university in Mexico will serve as a business incubator.   This facility will increase Mexico’s prominence in the global automotive industry.  Today, Mexico is the seventh largest manufacturer of automobiles in the world and is the fourth largest exporter of vehicles.  Only Japan, Germany and the United States export more units to foreign consumers.

In addition to being the home of the first automotive university in Mexico, the state of Queretaro is also the site of a US $62 million automotive R&D center.  The announcement of the establishment of this facility was made in January 2018 by global automotive supplier Continental.    The company has stated that employment at its R&D center will eventually rise to 1,100 workers and that the center will develop technologies for autonomous vehicles and electric cars.  Jorge Vazquez Murillo, who will be the director of Continental’s R&D center, recently explained that the company chose Queretaro as the site to conduct automotive industry R&D due to the “accelerated’ growth that has taken place in the state’s automotive industry during the last several years.  He also pointed out that Queretaro has a solid educational base for the supply of qualified workers and has the largest concentration of researchers per capita of Mexico as a whole.

Finally, in addition to the Brose and Continental training and R&D facilities, Harman International also recently opened a design center in Queretaro.  The center will serve “to develop products for vehicle audio systems and for ‘connected car’ technology.”  The company has established this facility to service the needs of its Original Equipment Manufacturer (OEM) clientele.  More specifically, Mexico Now notes that “from this design center, Harman will support eight manufacturers from North America and Asia.  Among these OEMs are Ford, Lincoln, General Motors, Toyota, Subaru and Harley Davidson.”

The Harman International training center started operations with an initial capital investment of US $1 million.   Company officials have noted that more funds will eventually be injected into the project in order to install testing facilities and advanced laboratories.  The facility occupies 20,000 square feet of industrial space in Queretaro’s Empresalia business complex.  It currently provides employment for a staff of 180 engineers, and it is expected that total employment will eventually exceed 220 individuals.  At present, the team of Harman International engineers works to design and test advanced technology products.  These include “first-level amplifiers, speakers and navigation systems, as well as automobile communications.

In addition to the R&D facility, Harman International has a manufacturing presence in the cities of Tijuana, Ciudad Juarez in Queretaro.

The presence of the Brose’s first automotive university in Mexico, as well as the R&D facilities that have been established by Continental and Harman International will make Queretaro a leader in the country’s automotive sector for years to come.