Chinese manufacturing investment in Mexico can boost the country’s economy 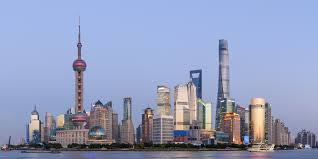 Thus far, Mexico not attracted greater flows of Foreign Direct Investment (FDI) originating from China, despite the mutual benefits that both countries could achieve from a greater trend towards nearshoring from East to West

Last year, Chinese manufacturing investment in Mexico accounted for less than 0.1% of the nation’s total capture of foreign direct investment (FDI).  This is despite the Mexican government’s interest in the relocation of Chinese industry to Mexico.

In 2019, Mexico captured $85 million of FDI from China, representing 0.07% of China’s total investment outlays, which totaled $117 billion, according to data from the United Nations Conference on Trade and Development (UNCTAD).

The trend is no different so far in the present year. Recent statistics released by the Chinese Ministry of Commerce reveal that, from January to September 2020, Chinese manufacturing event in Mexico was 555.110 million yuan ($78.88 billion), 0.6% less year-on-year.

According to the latest data from the Ministry of the Economy, Mexico captured $129 million in the first half of 2020, as well as a small fraction of the total flows received by the country (0.7%).

Graciela Márquez, the head of the Secretariat of Economy, stressed that the Mexican government is interested in the relocation of production plants from China, as well as from other parts of the world.

“We are not only interested in China, we are interested in the rest of Asia and we are also interested in attracting FDI from Europe; to say that we are only interested solely in China could even result in a serious diplomatic problem, and it is not the issue, the issue that the realignment of the global supply chains is a present and real economic trend,” she said.

In 2019, Mexico ranked 14th among the world’s largest FDI recipients, with capital inflows of $32.9 billion, while China ranked fourth among the largest sources of FDI globally, behind Japan ($227 billion), the United States ($125 billion), and the Netherlands ($125 billion).

In China, in particular, foreign direct investment highlights are characterized by the continued progress of investment cooperation with the “Belt and Road” countries.  The Belt and Road Initiative, reminiscent of the Silk Road, is a massive infrastructure project that would stretch from East Asia to Europe. From January to September, direct non-financial investment by Chinese companies in “Belt and Road” countries was $13.02 billion, a year-on-year increase of 29.7 percent.

There has also been significant growth in foreign investment originating in China in some areas. From January to September 2020, the FDI was mainly intended for leasing services and towards companies and manufacturing industries.

The Chinese Ministry of Commerce added that there are many major new projects being implemented abroad. From January to September 2020, there were 518 projects with newly signed contracts for more than $50 million, totaling $124.88 billion. Among them, there were 301 projects with hundreds of millions of dollars, an increase of 10 from the previous year. Some of these projects are comprised of Chinese manufacturing investment in Mexico.