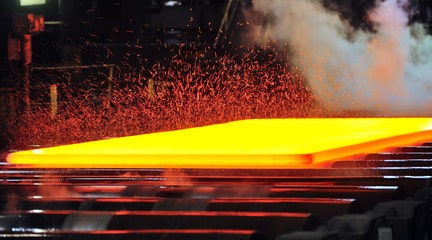 On May 31, 2018, US Secretary of Commerce Wilbur Ross announced the levying of a 25% tariff on steel imported from Mexico, Canada, and the European Union, as well as a 10% tax on aluminum imports from the same countries.  This move strains commercial relations with Mexico, as well as with other major trading partners.

While some economists and policymakers consider this action to be the opening salvo of an imminent broader trade war, Secretary of Commerce Ross has stated that it is a much needed move towards balancing trade between the US and the affected nations.   US president Donald J. Trump ordered the imposition of the tariffs despite opposition to them by his own Republican Party.  Additionally, some international trade watchers believe that the unilateral action was taken to punish Mexico and Canada for the disagreements that remain in the renegotiation of the North American Free Trade Agreement.

Due to newly strained commercial relations with Mexico and Canada, both parties have announced that they would retaliate by imposing a series of import taxes on a variety of US products.   Canada has already announced that it would retaliate by levying taxes on over US $12 billion worth of goods imported from the United States and that it would release a list of the affected products during the month of June.  When commenting on the matter, Canadian prime minister, Justin Trudeau, expressed that it is “inconceivable” that Canada be considered a threat to the economy of the United States.  Mexico, for its part, is in the process of formulating its response to Trump’s measures.

In March of this year, when Trump announced his intentions to impose tariffs on steel and aluminum, he excluded Mexico and Canada for a period of just over a month and a half.  At the time he said that he was extending the exemption as a “good faith” principle related to the renegotiation of the NAFTA.

Due to strained commercial relations with Mexico and Canada, the three parties to the NAFTA renegotiations failed to meet a May deadline for completion of the accord.  The White House was anxious to come to an agreement on the particulars of the free trade agreement because the treaty is subject to US congressional modifications after July 1st.   Should the trade talks not be resolved quickly, they most likely will not be finished prior to Mexico’s presidential election.  The people of Mexico choose the leader for the next 6 years on July 1st.  Leftist Manuel Lopez Obrador is currently leading the race as is reflected in recent polls.   There are some that, at this juncture, believe that the conclusion of the NAFTA renegotiations will happen sometime during 2019.

The main disagreement that is holding up the completion of the NAFTA has to do with the rules of origin for the automotive industry.  The United States has expressed that it wants 75% of the commercial value of light vehicles to be made of North American originating products.  In addition to this the strain in commercial relations with Mexico is also a product of US sought NAFTA zone wage requirements in the automotive industry, and in the definition of a “sunset clause for the pact.”