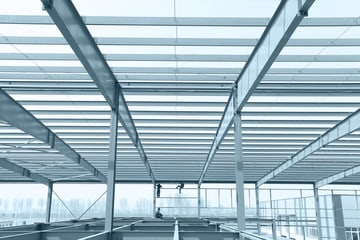 US and Mexican businessmen assert that consumers in both the United States and Mexico will pay the price if prices of aluminum and steel rise.

Mexican businessmen and companies that depend on steel and aluminum strive to minimize the impact on their businesses of the tariffs that have been announced by the US President, Donald Trump, on imports of these products from Mexico, Canada and the European Union.

Mexican businessmen and their US counterparts recently told Reuters that this situation will create uncertainty and that consumers in Mexico and the United States would pay the price if prices went up. Some hope that the measures will not be permanent but will only be a part of the US strategy in the renegotiation of NAFTA.

The Mexican government responded quickly to the 25 percent and 10 percent steel and aluminum tariffs, respectively, imposed by the United States that came into effect on June 1, and announced measures equivalent to US products. So far, the Mexican government has levied tariffs on whiskey and bourbon imported from the US.

“Of course, tariffs create a very serious distortion in industry, because many supply chains are affected every time materials cross the border,” said the president of the council of the Mexican Grupo Vasconia, José Ramón Elizondo.

The executive said that they still do not know whether Washington’s measures are to “force the negotiation” of the NAFTA or will have a “more permanent” character. Mexican businessmen have asserted that in the Vasconia Group the impact of the tariffs will be felt in Almexa. Almexa is a division of the company that manufactures aluminum sheets. The company sends 60 percent of its exports to the United States.

Mexico estimates that the tariffs imposed by the United States will affect some US $4 billion in aluminum and steel products that Mexican businessmen send to its northern neighbor annually.

Trump’s critics discount the US president’s assertion that steel and aluminum tariffs address national security issues. Mexican businessmen that are opposed to the measures also believe that such actions could encourage Mexican firms to supply their steel to other consumer countries. They warn, however, that this will not be easy given the integration of productive chains between the three NAFTA countries.
“The problem of the tariff war is that it may end up benefiting countries outside of North America,” said José Luis de la Cruz, general director of the Mexican Institute for Industrial Development and Economic Growth (IDIC).

South Korea and, to a lesser extent, Canada and Brazil, could serve to replace some imports from Mexico to the United States, although de la Cruz warned that this “is not so easy” because some steels have very unique specifications and are even that some products are made to measure.

Mexican businessmen concur that, In the end, consumers on both sides of the border will be affected by the tariffs announced by both governments. Companies may absorb some of the additional cost, but they will end up transferring most of it to the consumer. This will affect the Mexican consumer in the same way, because if (the taxed products) come from the United States, it will be more expensive to purchase them.

Some Mexican businessmen warn that when the prices of steel and aluminum in the United States become more expensive, the pace of the overall economic growth and that of the construction industry could slow down because inputs would be more expensive.