Comparative costs of manufacturing in Mexico

When examining the monetary and other resources that are required to make products throughout the industrialized and newly industrialized world, the comparative cost of manufacturing in Mexico is amongst the globe’s most competitive. It appears that, for companies that wish to sell their product in North America, Mexico has dethroned China as the low-cost manufacturing venue of choice. 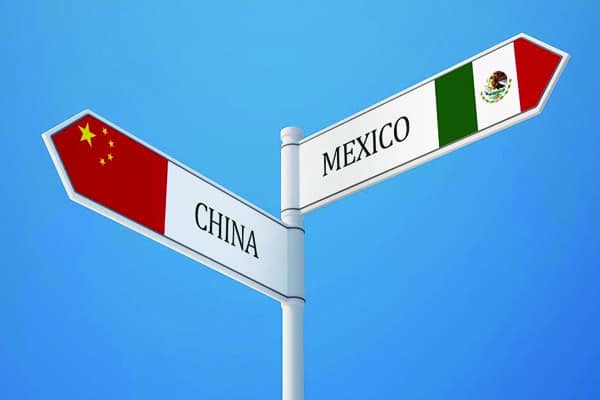 While Mexican wages have remained relatively stable over the last several years, Chinese labor costs have been growing steadily at a rate of approximately twenty percent per annum. This is because, as was the case in Japan, North Korea, and Tawain before it, as sources of employment become more plentiful in the country, Chinese workers demand more pay and benefits for fewer hours work. The Chinese government is also pursuing a higher wage growth strategy that has as its desired end an economy that is driven by a better balance between export-led expansion and increased domestic consumption. In this environment, some companies performing labor-intensive activities in China have made the move to its interior. Low wage, low skilled labor is still plentiful there but, in many instances, the infrastructure required to produce for world markets is not up to international standards.

Some companies in this position have opted to migrate to Vietnam, which has wages that are, on average, ninety-two percent lower than those paid to Chinese manufacturing sector workers. Other companies have made their way to other regional low wage countries such as Cambodia, Indonesia, and the Philippines, as well.

Labor Costs in Mexico Compare Favorably to Other Countries

Labor Isn’t the Only Cost Savings Benefit of Mexico

Although there is a tendency on the part of some manufacturing executives to focus on the cost of labor when making manufacturing site selection decisions, in a world where many products’ value is comprised of a relatively low percentage of labor content, the concept of “total landed cost” is becoming a more accurate measure of the desirability of one manufacturing location over another. In general terms, the total landed cost of manufactured goods is made up of

While the comparative costs of manufacturing in Mexico is positively impacted by the wage variable alone, Mexico, for many industries, boasts cost advantages when compared to countries with whom it competes for foreign direct investment.

In terms of raw materials and components, due to the presence of strong clusters in the automotive manufacturing, aerospace (rapidly developing), and electronics industries suppliers of raw materials and components have, in many instances, located plants to serve manufacturers within Mexico. The firms that have done this have lowered the cost to their customers by accessing the advantage of comparatively low wage benefits that the country offers. This proximity to customers, in turn, has reduced manufacturers transportation and logistics costs, as well as virtually eliminated the need to carry large stocks of inventory, again, further reducing costs. Products that are manufactured in China, for instance, typically require the carrying of an inventory of about thirty days at each stage in the supply chain.

As a signatory of the NAFTA, which has now been replaced by USMCA, the comparative costs of manufacturing in Mexico is further decreased by the duty-free treatment that is afforded to goods and services that are exchanged by Canada, the U.S., and Mexico. Mexico has created an even greater competitive advantage for itself through having spent almost the last twenty years developing a sizable free trade agreement network now enhanced by the Trans-Pacific Partnership that covers commercial exchange with a total of fifty-four nations.

When considering the comparative costs of manufacturing in Mexico, wages are only a portion of the overall equation. Savvy executives must make sure to consider the “total landed cost of manufacturing,” when choosing where to locate low-cost facilities to serve the North American marketplace. By most measures, Mexico is today the venue of choice.

Readers are encouraged to read our blog at https://tecma.com for dozens of articles relevant to the benefits of manufacturing in Mexico

Mexico and the US are top trading partners

The Impact of Rising Labor Costs on US Manufacturing