Environmental Standards in Mexico Must Be Followed 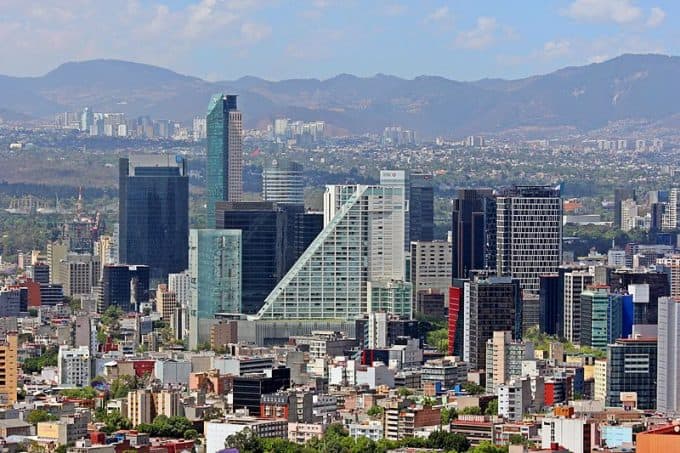 The commitment of both domestic and foreign companies to compliance with environmental standards in Mexico has strengthened substantially over the last two several decades.  This adherence to the rules has been led by manufacturers in the maquiladora industry.  Companies have learned that protecting the environment brings a benefit not only to themselves and their workers but, also, helps them to project a positive image in both the local and global markets.

It is important to note that one of the most valuable services that are offered by Tecma in Mexico is to provide the guidance that is necessary to ensure that its client companies operate within the environmental standards that have been set by the country’s corollary to the EPA in the United States, SEMARNAT, or Mexico’s Secretariat of the Environment and Natural Resources.

Estimates are that twenty five years ago one quarter of companies located in Mexico experienced difficulty adhering to the country’s environmental standards and laws.   Today that figure has been reduced to close to 0.5%.

Although experts contend that Mexico can continue to fine tune its environmental laws, existing regulations have a solid base that has been established in the Mexican Constitution, as well as in the nation’s body of laws and statutory regulations.

One of the most important programs that is set out in the environmental standards in Mexico for its industry is the Emissions and Transfer Registry (RETC).  The RETC “establishes information on the emissions and transfers of pollutants that are generated during the production processes of manufacturers, whether they emit to the air, water or ground.

There are 104 substances reported in the RETC, which are usually handled in industrial sectors such as chemistry and paints, metallurgical, automotive, cement, glass, petrochemical, among others.  The Emissions and Transfer registry is based upon the requirements that have been set out by Article 109a of Mexico’s General Law on Ecological Balance and Environmental Protection.

In addition to legislation which spells out the environmental standards in Mexico, companies must comply with Mexican Official Standards or NOMS.  “NOMs are legal enforcement documents regulating products, processes, or services that may constitute a safety or health risk for people, animals, plants, or the environment in general.” NOMs dealing with environmental and safety issues in Mexico are mainly determined by the Ministry of Health and the Ministry of Environment and Natural Resources, also known as SEMARNAT.  Both secretariats have developed NOMs focused on the protection of the health of the population and the measurement of pollutants.

What follows are five of the most important NOMs that are found in environmental standards in Mexico:

This NOM establishes the maximum permissible emission levels to the solid particle atmosphere by differentiating the area of the country where the emitter is located.  According to environmental standards in Mexico greater restriction has been established in critical areas such as: the Metropolitan Zones of Mexico City, Monterrey and Guadalajara, the population centers of Coatzacoalcos- Minatitlán, Veracruz, Irapuato-Celaya-Salamanca, Guanajuato, the States of Hidalgo and Mexico, the industrial corridor of Tampico-Madero-Altamira, and Tamaulipas.

This Mexican Official Standard establishes processes and measures to prevent risks to the heath of those that are occupationally exposed to chemical pollutants in the work environment.  It outlines the criteria for implementing controls to review the quality, quantity, and airflow to be supplied to staff.

This regulation sets the maximum allowable emission limits for volatile organic compounds (VOCs) from new body coating operations in car, multi-use, light truck vehicles.  It also includes the method that is used for calculating their emissions.

This regulation defines the minimum requirements necessary for the manufacturing of medicinal products for human use marketed in Mexico and/or for research and development purposes.

Other Environmental Standards in Mexico

The commitment of both domestic and foreign companies to compliance with environmental standards in Mexico has strengthened substantially over the two several decades.  This adherence to the rules has been led by manufacturers in the maquiladora industry.  Companies have learned that protecting the environment brings a benefit not only to themselves and their workers but, also, helps them to project a positive image in both the local and global market.

Your Mexican Shelter Service Provider is There to Guide You

Remember that the main purpose of manufacturers that have established maquiladora plants in Mexico is to ensure their production and its timely delivery.  Shelter service providers such as the Tecma Group of Companies has the expertise on staff to help manufacturing companies to navigate non-core areas such as the compliance with environmental standards in Mexico.