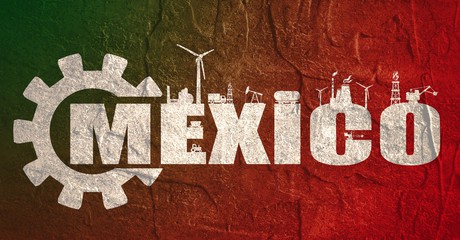 Prior to November 30, 2012, many companies in Mexico had the habit of employing verbal labor contracts in Mexico.  After this date, the Mexican government amended the country’s Federal Labor Law (FLL) to define the number and types of contracts for labor that could be utilized by employers to put individuals to work.  This information was published publicly in the Official Gazette of the Federation (DOF).  The DOF is a document that is published daily by the Government of Mexico.  It is similar to the Federal Register in the United States and the Canada Gazette.

The Mexican Federal Labor Law (FLT) is the highest labor law in Mexico.  Only article 123 of the Mexican Constitution supersedes it.

With labor reform in Mexico, and individual labor contracts in Mexico defined as one in which a person is obliged to lend to another subordinate personal work, through payment of a salary.  Article 35 of the FLL provides that labor relations can be for a specific job or time, seasonal, indefinitely, for a trial period, or for training purposes.   Additionally, under article 24 of the Federal Labor Law employers must record working conditions in writing, if no collective agreements apply to the relationship.  At least two copies of a labor contract in Mexico must be made, one for each party to the accord.

Contract by Work or by Determined Time Period

Article 37 of the Federal Labor Law states that a specific time period for labor contracts in Mexico can be stipulated only when required by the nature of the work provided.  This stipulated time can also be defined when the contract with an individual is for the purpose of temporarily replacing another worker.

Labor Contracts in Mexico for an Indeterminate Amounts of Time

Contracts of this type include those for undetermined work relationship or those that exceed 180 days.  In this case, a trial period that does not exceed thirty days may be established. This trial period can be used for the sole purpose of verifying that the worker meets the requirements and knowledge necessary to carry out the work that has been requested.

Contract for a Trial Period

The addition of article 39-A of the FLT provides that in the case of probationary periods, (which will be between thirty and one hundred days for administrative and technical work), if the employer decides not to continue the work relationship the employer must go to Mexico’s Training and Productivity Commission in order to dismiss the worker. To prevent the abuse of labor contracts in Mexico for a trial period, the law stipulates that consecutive contracts for training will not be used.

Training labor contracts in Mexico have been implemented so that people who do not have experience are able to acquire it by performing their personal subordinate services. According to article 39-A of the Mexican Federal Labor Law, it is considered that there is a work relationship for initial training when a worker is obliged to provide subordinate services under the direction and command under an employer.

Training contracts have a maximum of three months, unless the training is for managerial positions.  Positions in management have a maximum training period of up to six months.  When the trial or initial training period ends, and the work relationship continues, it should be considered employment for an indefinite time period.

In article 39-F of the FTL there is a provision that employment relationships for an indefinite period in labor contracts in Mexico will, as a general rule, be continuous.  However, there may be contracts that are indefinite but are for seasonal work.  Under this type of agreement, workers have the same rights as those individuals that are employed under an indefinite contract.

When initiating operations in Mexico, it is important that companies have a basic understanding of the various types of labor contracts that they can utilize to manage their workforce.  Manufacturers that work as partners with a shelter company in Mexico have the advantage of having expert guidance in utilizing each of contract types to their best advantage.   In summary, it is important that both the company and Mexican workers know their labor rights and obligations.