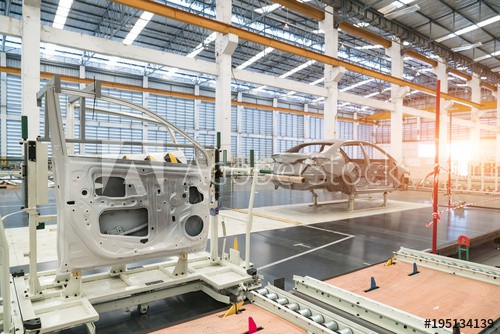 Low cost manufacturing labor represents about 10% of the operating costs in Mexican automotive assembly plants.  This represents the lowest in the North American region.

Low cost manufacturing labor, Mexico’s proximity to the United States and a broad network of free trade agreements make the country one of the world’s most profitable platforms from which to export automobiles.  According to a study by the Mexican branch of Germany’s Friedrich Foundation, the country has low cost labor that is below the rate of eighteen nations that were examined.  For example, production line workers in Mexico earn a fully fringed salary of US $2.70 per hour, while their counterparts in Taiwan and the Czech Republic make US $7.50 and US $11.50 respectively.  Of all the automotive manufacturing locations that were examined in the study, Mexico was found to be the most economical.  Only China and India displayed lower costs.

Over the last five years, automakers have transferred production lines to Mexico at an accelerated pace in order to take advantage of its low-cost manufacturing labor rates.  Additionally, from the year 2005 to the present Mexico has been the recipient of automotive industry investment from a total of sixty-nine U.S.-based firms, as well as a myriad of investments from auto and auto parts makers from countries such as Germany, Japan and South Korea.    In 1980 the US big three (Ford, General Motors and Chrysler) had fifty-six assembly plants in 18 entities in the United States.  By the year 2010 this number had decreased to nineteen plants in plants in 8 entities.  Also, during this period, US firms doubled their manufacturing presence in Mexico in order to reap the benefits related to accessing its low cost manufacturing labor.

Additionally, in the last decade, European and Asian automakers have also moved operations mainly from high cost countries such as Germany and Japan in order to also benefit from Mexico’s low cost manufacturing labor.

In the past several years, Toyota, Volkswagen, BMW, Nissan have announced the location of new plants in Mexico, while both Ford and General Motors have confirmed sizeable new investments in their existing facilities.  According to General Motors executive, Alan Batey, “Mexico is very important to us, we have a very large portfolio of investment there.”

Due to these investments, the automotive industry has become one of the largest employers of low cost manufacturing labor in Mexico.  The automotive industry has generated about 700,000 jobs in the country.  Auto parts companies account for about 600,000 positions, while automotive assemblers employ approximately 100,000 workers.  This is according to Oscar Albin, who is the president of Mexico’s National Auto Parts Industry Association.

As already mentioned, the approximate fully fringed hourly wage for automotive industry production line workers in Mexico is approximately US $2.70.  This number pertains to non-union areas.  In cities in which unions are present and where there is experience and skill in collective bargaining techniques, wages are somewhat higher.

Although further significant investment in Mexico’s automotive sector has been put on hold due to the renegotiation of the NAFTA and the election of a new Mexican president, activity in the country’s automotive industry in 2017 was robust.  In that year there was an 8.9% increase in production which corresponded to a 12.1% increase in exports.