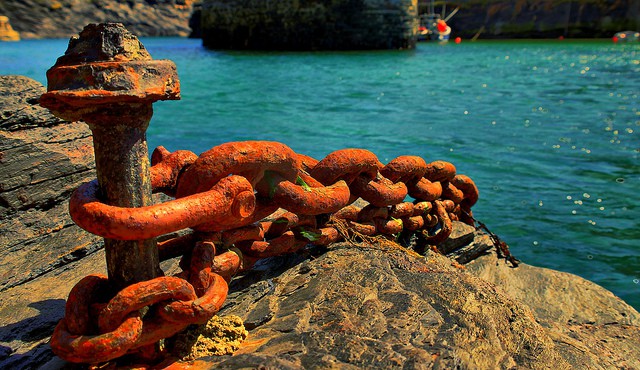 The volume of annual trade that transpires between the U.S. and Mexico has reached the one half trillion dollar mark. In that number exists significant sales and growth opportunities for firms that have already, and will in the future, moved to integrate their operations withing the supply chain that serves the manufacturing activiies that occur in Mexico’s maquiladora industry.

Some economists foresee that 2014 will be a “breakout” year for the Mexican economy, and that Mexico supply chain opportunities will increase exponentially, especially those related to the country’s automotive industry, and, to a lesser degree, to the Mexican aerospace industry.

In the late 1970s, automotives that were manufactured in Mexico were composed of a percentage of materials, components and sub-assemblies that came directly from factories in the United States that was between ninety and ninety-five percent. The value-add that took place in Mexico consisted, almost exclusively, of the assembly that was done on site by Mexican factory workers. Since tht time the Mexico supply chain that serves the automotive industry has become deeper, diverse and more versatile.

Between the late 1970s, the Mexico supply chain has grown more formindable with the arrival of hundreds of automotive suppliers of all types, representing all tiers, to the country. Today, the Mexican automotive industry is close to achieving total vertical integration. The amount of direct U.S. content found in automobiles that are manufactured in Mexico has dropped from the aforementioned ninety to ninety-five percent to around forty percent today. Automotive suppliers that wish to earn their portion of the Mexican automotive industry  supplier pie, must now join the Mexico supply chain by establishing in-country production operations. Companies that are already in Mexico serve the OEMs more efficiently and cost effectively than those that have not made an effort to set up south of the U.S. border.

Opportunities in the Mexico supply chain for automotive industry  suppliers  are destined to become more plentiful. Industry watchers estimate that by the end of the decade, the country’s manufacturing base for light vehicles will be the source of approximately four million units of output. Companies that are not positioned to take advantage of this growth would be remiss to ignore making and acting on plans to do so.

Formidable growth in Mexico supply chain opportunties are not limited solely to the automotive industry. Today, another sector that is experiencing double digit growth in the country is aerospace manufacturing.,

Having a production presence in-country is becoming almost entirely pre-requisite for breaking into the Mexico supply chain. Firms that provide what are known as shelter services in Mexico specialize in assisting manufacturers in their efforts to making Mexican production plans a reality.

The primary source for this post was an article at the El Paso, Inc.