Setting up Manufacturing in Mexico in a Maquiladora 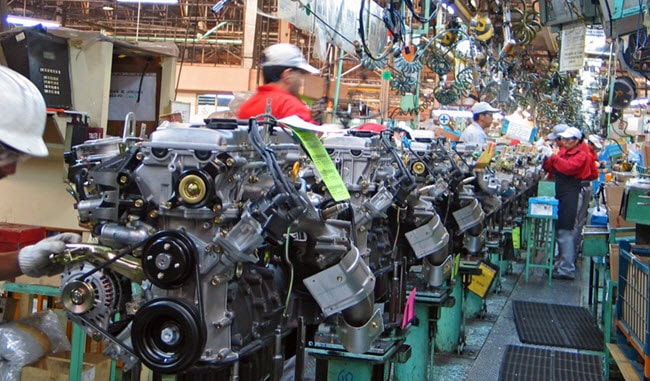 Setting up Manufacturing in Mexico in a Maquiladora

Setting up manufacturing in Mexico in a Maquiladora seems like a complex puzzle for some and a simple step for others.  The difference is how one approaches the issue.

First, let’s explore why a company would consider moving its manufacturing to Mexico.

Availability of a motivated, honest body of hard working people. The work ethic in the United States and Canada has weakened as political forces over the past 70 years have turned the mindset of high numbers of Americans, and more specifically American youth to accepting that the government will take care of them.  Welfare, unemployment insurance, free health care, food stamps, government housing are just a few of the ‘give away’ programs that have removed the ‘need’ to produce for themselves.

On travels to Mexico we come to learn that in Mexico motivation is in place to work. Such giveaway programs do not exist. From this flows a work ethic starting at the lowest to the highest levels of jobs or careers that America and Canada, for the most part, once had.  Those companies that have explored setting up manufacturing in Mexico have come to realize the value of this work ethic.

Labor costs in Mexico are approximately 20% of labor costs north of the border. When visionary CEO’s look south of the border and study the ‘real’ numbers they come to realize that production costs of virtually most products can be reduced as much as 50% or more.  In their increasingly competitive global markets executives come to realize that their very existence as an enterprise depends on increased marketing and lower cost product production.  The most successful manufacturing companies are focused on these two tasks.

Nearshoring vs. Offshoring.  Yes, lower labor costs are available in far reaches of the globe but come only with a silent, hidden tax.  That tax comes in the form of costly supply chain maintenance, disrupted supply chains, burden of costly executive travel to distant lands, conducting business in legal structures that sometimes claim failure of the effort, etc.  The alternative to offshoring is nearshoring, that is alternative is locating just south of the border of the United States and operating under United States Laws.  Yes, that is possible.

Next, let’s discuss why such a move is complex for some and simple for others.

Mexico is a foreign country.  Its system of laws, bureaucratic administration, business culture and life priorities are different from the United States and Canada.   Within this difference lies layers of confusion and potentially costly errors for companies choosing to transfer some of their labor-intensive manufacturing functions to Mexico.  Countless companies have attempted the move to Mexico on their own and abandoned the effort after experiencing these layers of confusion.  The companies that choose to ‘go it alone’ find the move to Mexico to be complex, troublesome and sometimes costlier than if they had never tried the change.

The alternative is simple.  Engage a service organization that specializes in assisting companies with setting up manufacturing in Mexico.

Do Such Companies Exist? An industry was birthed in the 80’s that specializes in providing ‘Shelter Services’ to companies exploring doing manufacturing Mexico.  Over these many years, after hundreds of startup companies that seemingly disappeared, only a few had the fortitude and focus of meeting client needs and have risen to the top of this boutique industry.  The Tecma Group of Companies is one of these few and is proud to say its core and only function is providing shelter services for its clients.

What is a Shelter Service Company? We call it the ‘Intelligent Alternative’.  A shelter service company takes care of all elements of doing business in Mexico so clients can concentrate solely on production and quality control.  That says it.  Rather than take the risk of ‘going it alone’ many CEO’s of North American manufacturing have engaged a proven and successful shelter service company.

The Tecma Group of Companies has assisted hundreds of such companies with setting up successful operations in Mexico over a 31-year period, employs over 7,000 tenured employees and has saved manufacturing companies foreign to Mexico hundreds of millions, if not billions, of dollars in product production costs.