Why Is China Manufacturing Moving to Mexico? 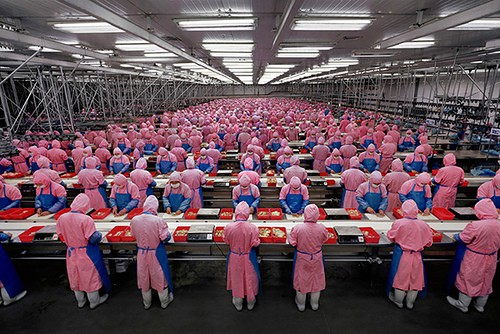 More and more Chinese companies are joining in the global trend of moving manufacturing operations to Mexico or expanding existing production facilities there.  This article will answer the question of “Why is China manufacturing moving to Mexico?”

China Manufacturing Moving to Mexico is a Unique International Partnership

There is certainly a trend taking shape for Chinese and other Asian companies seeking access to foreign markets to expand operations in Mexico. New stories break routinely of Asian companies choosing to produce in Mexico. China’s Hisense Co. announced they were doubling their Mexican investment earlier this year, for example, and several other electronics brands are following.

Indeed, the two countries have recognized their mutual goals and complementing assets over the past few years, and taken noticeable steps to form a partnership. Mexican President Enrique Peña Nieto made a highly visible trip to China just two years ago, and met with the Chinese president to discuss ways Mexico could help their “strategic partner.” He publicly commented on this unique alliance:

Mexico can be a gateway for China to enter North America, the world’s richest market. It can so be a point of access to several countries in Central America and the Caribbean.

It makes sense that the countries would find so much in common. For example, China imports most of their energy, while Mexico is a net exporter of petroleum. But this does not fully explain what Chinese manufacturing companies moving to Mexico over the past several years see in the country.

Why China manufacturing moving to Mexico?

China’s manufacturing boom is growing somewhat sluggish, and it is to be expected for Chinese companies to seek out methods of increasing efficiency and productivity. And there are several reasons Chinese companies are finding these solutions in Mexico.

The Tecma Group of Companies is already actively engaged with companies in China by assisting them with information, site locations, facilities, human resources and a full bank of Manufacturing Shelter Services.