Four industries in Mexico are the Future of its Workforce 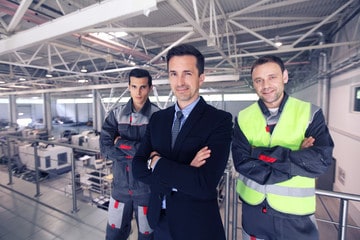 As industries in Mexico continue to develop and grow, finding the needed talent to fill increasingly sophisticated and plentiful job descriptions will become more of a challenge for companies with operations there.   This is particularly true in sectors that are gaining momentum in Mexico.  In particular, energy, telecommunications, medical and medical device, and aerospace companies will have to step up their talent acquisition game in order to fulfill their needs.  Mexico will have to make developing a workforce capable of capitalizing on future job trends and opportunities for its citizens a priority.   It is estimated that, in the near future, the country will be in need of half a million professionals to fill new job slots.

According to Hays, a worldwide recruiting firm, among the positions that industries in Mexico will be most required to fill going forward are:

The energy industry is one of the industries in Mexico that is projected to grow at a healthy pace. The sector was deregulated in 2013, after being entirely under government control since 1930. Prior to that the vast share of the Mexican energy industry was in the hands of the country’s federal government.   Deregulation resulted in the lifting of strict state control over the oil, gas and electricity sectors.  These areas have become the target of both private domestic and foreign direct investment.  There is a hope that the opening of the oil sector to foreign investment will bring in the expertise required to fully exploit the countries shale and deep-water deposits.  The result of this activity will be the creation of a large number of energy sector jobs.

Another of the industries in Mexico that are thriving is telecommunications.  This is, in great part, due to the fact that in 2014 the country’s government initiated major sectoral reforms. During that year, the Federal Telecommunications Institute (IFT) took steps to create competition in what was once a highly monopolistic sector.  As a result of reforms, in 2016 the IFT announced that telecommunications sector experienced a year over year growth of over 8.5%.  This rate of growth was the highest recorded among all other sectors of the economy. The telecom sector growth was more than three times higher than that of the Mexican economy as a whole.  Mexico grew its GDP at a rate of 2.5% during 2016.

More jobs in the Mexican telecommunications will materialize as a result of massive investment that has recently been made in the sector. According to the IFT more than $US 13 billion has been invested in the industry over the last three years.  It is estimated that the sector will attract another $US 7 billion to expand the country’s nationwide broadband network.  This significant growth will require a trained workforce with the skills necessary for the telecommunications industry to continue to thrive.

In addition to the energy and telecommunications industries in Mexico, another area of impressive growth will be in the medical device industry.  Mexico is home to some of the sector’s biggest names.  Among the companies with a significant presence in Mexico are Becton Dickinson, Stryker, Johnson & Johnson, Siemens, Cardinal Healthcare, GE, Tyco, Medtronic, Boston Scientific, Kimberly Clark and others. Mexico has this impressive amount of activity in the medical device sector due to the fact that, over the years, its workforce has become increasingly better trained and has become increasingly adept at producing these sophisticated products.  A combination of factors such as its workforce and its preferential access to the world’s largest market will be what propels the industry’s future growth. According to Mexico’s National Institute of Statistics and Geography (INEGI), the value of Mexican production of medical devices will be over US$ 15 billion by 2020.  As is the case with both the energy and telecommunication industry, accelerated growth in the medical devices industry will create a significant number of future jobs.

Aerospace is the fourth of the industries in Mexico to have experienced impressive rates of growth in recent years.  Although the industry is a relative newcomer to Mexico, it has impressive poles of production in places like the State of Queretaro, Baja California, and the western State of Sonora.  In recent years, the Mexican government has launched various programs to create aerospace employment opportunities.  These include business incentives, workforce training programs, and the inauguration of educational institutions to support the industry’s growth.  The aerospace industry is an excellent example of growth, foreign investment attraction, and job creation.  In addition to employing 63,000 in 2016, the Mexican aerospace industry had an average annual export growth rate of 20% during the period 2013-2015.  As one of the industries in Mexico that are experiencing significant levels of growth, the aerospace industry will increasingly need a plentiful supply of trained workers.

For further information on such subjects we invite the reader to review our blog at Tecma.com.