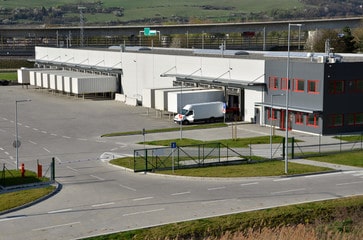 Manufacturing in Silao has expanded significantly in recent years.  The city is a favorite of firms that seek to invest in the Mexican state of Guanajuato.  As a whole, over the last five years, Guanajuato has landed and consolidated 245 foreign investment projects that have accounted for a total capital investment of $11.7 billion and have created 79,500 jobs.  According to information gathered by the Secretariat of Sustainable Economic Development, however, of the state’s total, Silao by itself has attracted a full 24.5% of investment in the state over a period of the last five years.  In that period the city has had an influx of $2.9 billion dollars, sixty manufacturing projects, and 13,300 jobs. Silao is the favorite city for investors in the central Mexican state of Guanajuato.

After projects that have increased manufacturing in Silao, the city of Irapuato is positioned in second place.  During the last five-year period, Irapuato has attracted a total capital investment of $2.6 billion dollars, which has translated into 41 manufacturing projects and 12,300 jobs.  Third in position in terms of foreign investment in Guanajuato is the city of Apaseo Grande which has attracted $1.3 billion in investment.  Apaseo Grande is followed by Leon, in fourth place, and Celaya in fifth.  Over the last five years, Silao and the state of Guanajuato as a whole have been a hotbed of new economic activity.

One of the main reasons that manufacturing in Silao has become a popular option for investment is that the municipality is home to Guanajuato’s Puerto Interior (GPI).  The GPI is the most important logistics center in Latin America and is the first Mexican dry port to join the Inter-American Ports Commission (CIP) of the Organization of American States (OAS).  Manufacturing in Silao is facilitated by the location of this site, which is adjacent to the Bajio International airport and Mexican Federal Highway 45.

Manufacturing in Silao in the Santa Fe Industrial Parks

Manufacturing in Silao takes place in the four industrial parks located in the Guanajuato Interior Port.  The parks are Santa Fe I, Santa Fe II, Santa Fe III, and Santa Fe IV.  The infrastructure of these parks supports the activities of logistics firms, as well as companies involved in medium and light manufacturing.   A list of companies that are located within the bounds of the Guanajuato Interior Port includes Hino Motors (a subsidiary of Toyota), HAL Aluminum, Malhot of Mexico, Guala Dispensing, Teco Westinghouse, Volkswagen, Pirelli among others.  Although the facility is in place for manufacturing in Silao to be conducted, it is only a short 35 kilometers from the capitol city of the state of Guanajuato, Leon.

Facilities on-site or adjacent to the Guanajuato Interior Port include:

Manufacturing in Silao has access to the most modern and best-planned customs facility in all of Mexico.

The terminal handles rail freight transportation to and from any of the points in the country’s national network, including major Mexican cities, seaports and international borders.

Manufacturing in Silao is served by a modern airport that is adjacent to the Guanajuato Interior Port. In addition to Silao, the airport serves the entire state. It is one of Mexico’s best-connected inland airports and offers daily direct flights to cities in the United States such as Houston, Dallas, and Los Angeles.

In an area that is adjacent to the Guanajuato Interior Port, manufacturing in Silao is served by a district that includes a wide range of complementary commercial services.  Not only does the area house firms involved in providing logistics services, it is also home to a new Fiesta Hotel and a corporate tower that will offer office and commercial space for rent.  Other uses for the area include banking and financial services, food and convenience services, transport services and more offices for a diversity of other uses.

Manufacturing in Silao requires that the workforce be trained.  The Guanajuato Interior Port will also house a campus for the National Polytechnic Institute.  Majors in engineering and others required in manufacturing will be offered.  Additionally, an industrial training center will be onsite and will be administered by CONALEP.  CONALEP is Mexico’s National Technical Professional School (Colegio Nacional de Educación Profesional Técnica).  It administers the nation’s largest technical education system and serves low-income students at the upper-secondary school level.

This center is designed to support individuals and companies involved in manufacturing in Silao.  It contains a nursery, a fire station, and a health center.  The center provides service in the area of occupational health and emergency care.  Included in this facility is a recreational sports park.