Manufacturing in Central Mexico is Experiencing an Upward Trajectory 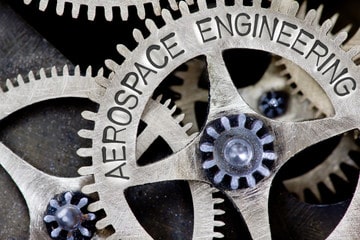 Dynamic is the word that is best suited to describe manufacturing in Central Mexico.

Mexican production is in expansion mode, this is due mainly to the growth in manufacturing in Central Mexico.   Statistics for the first eleven months in 2017 reveal that the country produced three-hundred and forty-five million dollars in its factories.  This number represents an expansion of 6.2% in real terms over the previous year’s figures for the same period, as well as the highest level of growth registered in the previous five years.

According to Mexico’s National Institute of Statistics and Geography (INEGI), the geographical breakdown of regional economic growth is as follows: Mexico’s north 4.4%, center-west 5.6%, and center 11.2%.  Growth in the country’s south-southeast region dropped at a rate of 1.1%.  These figures demonstrate that manufacturing in Central Mexico experienced particularly robust growth last year, especially when compared with the nation’s other regions.

The growth of manufacturing in Central Mexico is primarily the result of a 31.5% increase in Puebla; a 16.4% expansion in Hidalgo; an upward trend of 10% and 3.6% in the state of Mexico and the state of Morelos, respectively.  Manufacturing activity in Mexico’s capitol city experienced a drop of 5.8% over the first eleven months of 2017.

Of the three areas that experienced growth in manufacturing in Central Mexico (Puebla, Hidalgo and the State of Mexico), the first two entities accounted for almost sixty-eight percent of regional growth.  In particular, growth was strong in Puebla’s transport equipment sector which is principally composed of automobiles and automotive components.  During the period under consideration, the production of automobiles in Puebla increased by just under fifty percent.

The states that contributed the most to Mexican national manufacturing production in the January to November period of last year were the State of Mexico, Nuevo Leon, Guanajuato, Coahuila, and Puebla.  Together these entities combined for a total of 51.5% of Mexico’s production.

Analysts at Mexico’s Center for Economic and Budgetary Research (CIEP) recently pointed out that Nuevo Leon and Coahuila benefited significantly because of the export orientation of their economies and due to their proximity to the United States.   Additionally, Guanajuato and its manufacturing in central Mexico benefited from its strategic location in the Bajio Region.  The region is home to an increasing number of maquiladora manufacturers.

The greatest rates of overall manufacturing growth during in the first eleven months of 2017 in Mexican states was enjoyed by Tabasco (36.2%), Puebla (31.5%), San Luis Potosi (22.6%) Hidalgo (16.4%), Michoacán (14.9%), Baja California Sur (13.6%), and Nuevo Leon (11.1%).  Analysts explained that the double-digit growth in manufacturing in Tabasco was achieved mainly through efforts to diversify its economy beyond the oil and energy sector.

According to Raymundo Tenorio Aguilar of the Technological Institute of Monterrey, in the case of Puebla, textile and automotive companies had accelerated activity “due to a favorable upward trend in exports, as well as in the metal-mechanic industry.”

In order for companies to enjoy the benefits that accrue to those firms that wish to pursue manufacturing in Central Mexico, the Tecma Group of Companies has established shelter service operations in the city of Silao, Guanajuato.  While manufacturers bring their raw materials, machinery, and know-how to Mexico, Tecma provides the following services: Recruitment and Human Resources, Payroll and Benefits Management, Mexican Accounting, Import-Export Administration, Logistics and Transportation Management.  In addition to its Silao, Guanajuato, Tecma provides shelter services for manufacturing in Mexico in Cuidad Juarez, Tijuana, Torreon and Rosarito, Baja California.  Tecma’s comprehensive business model enables manufacturers to focus on their core competencies, while Tecma addresses the complexities related to manufacturing in Mexico.