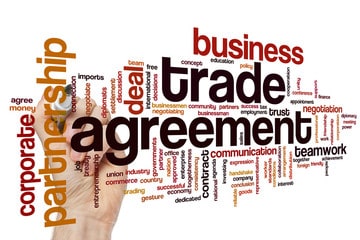 The US, Mexico, and Canada are taking efforts to make sure that the NAFTA renegotiation talks proceed at an accelerated pace. This is because the three partners to the meetings are all attempting to conclude treaty negotiations prior to Mexico’s July 1st elections. Notimex, a Mexican news outlet has recently reported that an agreement may be struck as early as 15th of May.

The Mexican Secretary of Foreign Affairs, Luis Videgaray, and the Secretary of Economics, IIdelfonso Guajardo, have recently met with their US and Canadian counterparts to seek to accelerate the pace of the NAFTA renegotiation talks.  The biggest point of contention in the proceedings has been related to the chapter of the North American Free Trade Agreement that deals with the rules of origin for the automotive industry.  Last week Guajardo presented a counterproposal to proposals made by the United States negotiating team which would define automobiles assembled within the trading bloc as “NAFTA originating,” if they are composed of 75% regional content. Both Mexico and Canada have stated that they both believe that this percentage is too high.

In addition to proposing 75% regional content for originating goods, the United States has also suggested that 40% of light vehicles and 45% of pickup trucks be built in areas with salaries equivalent to US $16 and above.  Mexico proposed that the regional content for automobiles assembled in North America be 75% and that it be phased in over a period of 10 years.  US trade personnel, however, rejected this suggestion at the NAFTA renegotiation talks.

In addition to the automotive sector issues, NAFTA renegotiation talks have been challenging due to other points of contention.  Among them are details regarding access to markets in the agricultural sector, the “sunset” clause for the Agreement and, also, Chapters 11, 19 and 20 of the Treaty which deal with conflict resolution between the three trading partners.

In addition to the aforementioned points, other subjects of NAFTA renegotiation talks include:

Although progress has been made on many fronts, some international trade watchers are of the opinion that if the most contentious issues of the NAFTA renegotiation talks are not agreed upon, the result will be a North American Free Trade Agreement that is neither dead or alive.  Some are calling such a scenario a “Zombie” NAFTA.