North American Economic Integration Grows in the Era of Trump 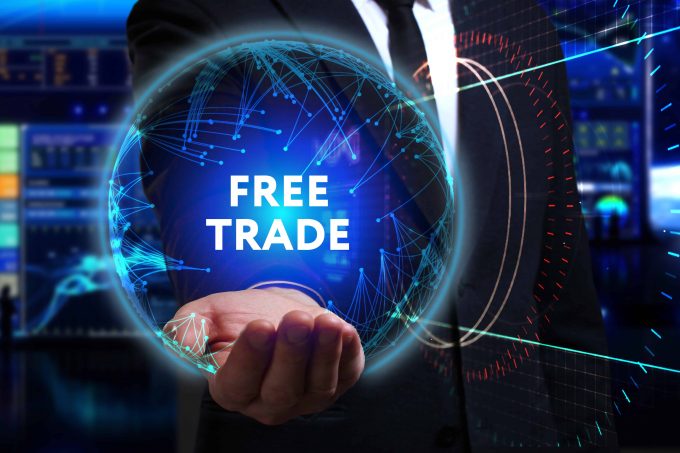 Despite protectionist speech from the current US president, North American economic integration deepens.

Product trade flows (exports plus imports) between Mexico, Canada, and the United States have continued in a growth trend during the first two years of Donald Trump’s presidency, despite his threats of tariff actions.  In 2018, intra-regional trade totaled more than US $1.2 trillion.  This is evidence that North American economic integration is proceeding at a brisk pace.

From January to April of the current year, the customs value of products traded between the three countries totaled US $409.6 billion.  This is an increase of .7% above the rate of increase registered during the same months in 2018, according to data from the US Department of Commerce and the Bank of Mexico.

This expansion of North American economic integration has occurred while Trump has engaged in protectionist discourse and has raised tariffs.  This is particularly true regarding the United States’ trade relationship with China.  The US has levied duties on specific Chinese products that include steel, aluminum, washing machines, and solar panels among others.

At the same time, North American economic integration has been regulated under the North American Free Trade Agreement (NAFTA) of 1994.  Trump has pushed for renewal and update of this pact through the implementation of the new United States – Mexico – Canada Free Trade Agreement (USMCA).  As of this date, Mexico is the only country whose legislature has ratified the accord.

Francisco Ruiz Huarte, director general for the Mexican Council for Foreign Trade (Comce) has recently stated that the increased growth in intra-regional trade flows in North America is mainly due to the growth of the economies of each of the three nations.

According to World Bank statistics, the US Gross Domestic Product (GDP) grew at an annual rate of 2.9% in 2018, while the Mexican economy expanded by 2%.  In 2019, World Bank economists predict that the US economy will grow by 2% and that Mexico will see an increase of 1.7%.  According to Ruiz Huarte, “The increase in trade that is emblematic of North American economic integration is primarily a reflection of the growth of economies, and as a result, external purchases have increased despite the US-China trade war.”

As a result of greater North American economic integration, regional supply chains have strengthened due to a higher volume of trade.  It is anticipated that this trend will continue as greater demand for regional content is required under the USMCA.

Despite an overall strong economy in North America, global economic activity began to weaken in early 2019.  This was particularly the case in the manufacturing sector.  According to the World Bank, the world’s collective GDP grew at 3% annual rate in 2018.  It is expected that global economic expansion will slow to a 2.6% growth rate by the end of 2019.

Many economists believe that the North American economic integration that has resulted from the implementation of the NAFTA has made the continent’s industry boost its global competitiveness.  This has been the result of developing efficient supply chains that combine the resources and capability of all three countries.  Deepening cooperation between the three NAFTA partners has significantly changed the nature of the trilateral relationship.  The three countries do not simply sell finished products to one another.  They increasingly produce them together.  As a result, supply chains are more frequently crossing national borders, as manufacturing work is done where it is most efficient.

According to an analysis conducted by the US Congress, while NAFTA may have accelerated trade and greater North American economic integration since 1994, other factors such as Mexico’s growth patterns and unilateral trade liberalization measures that it has taken have also produced an effect.  Additionally, commerce between the NAFTA partners has also been affected by factors such as currency fluctuations.