Reshoring manufacturing to Mexico and the Americas 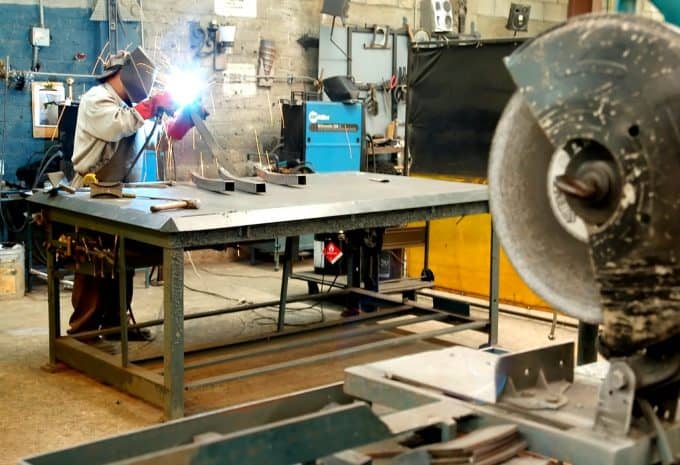 Experts see reshoring manufacturing to Mexico and the Americas as a means to stabilize and protect industrial value chains.

With the advent of the Trump Administration in the United States and the implementation of its national trade and security policies, the process of the uncoupling and fragmentation of global value chains through the process of reshoring manufacturing to Mexico and the Americas has been accentuated.   This is especially true because of trade and technological disputes that exist between the US and China.  Over the span of recent decades, China has become the world’s preeminent industrial and value chain hub.  This, however, may be in the process of changing.

The phenomenon of reshoring manufacturing to Mexico and the Americas had already begun as a result of the significant wage increases paid to Chinese manufacturing workers in recent years.  This trend, however, has been accelerated because of trade tensions that have exacerbated between the United States and China.

President Trump’s initiatives such as “America First” and “Buy American,” as well as those promoted by presidential challenger Joe Biden such as “Made in America” and “Build Back Better” ensure that the United States will remain on a path that promotes manufacturing coming back to the US and the Americas for the foreseeable future.  Mexico, undoubtedly, will continue to be a beneficiary of this dynamic.

While much of the movement of companies back to the United States and its North American neighbors will involve the return of US companies, it is expected that Chinese firms will increasingly establish their own manufacturing operations in North America.  This will be for the purpose of taking advantage of access to the North American market through the use of the provisions contained in the United States-Mexico-Canada Free Trade Agreement (USMCA).

It is anticipated that one of the main beneficiaries of manufacturing’s reshoring to Mexico and the Americas will be the states in the northern part of the Mexican Republic.  The border region with the United States will be the main gateway for new investments.  Industrial developers will have to prepare for a large wave of capital investment that may begin as soon as 2021.   Additionally, in order to maximize the benefit of these conditions, state governments will be best served by creating and strengthening more attractive incentives designed to lure businesses to their entities.

Samuel Campos, director of Newmark Knight Frank (KNF), one of the world’s leading commercial and industrial real estate advisory firms, and Kenneth Smith, a negotiator of the USMCA, both agree that the world is immersed in a perfect storm that has been created by the US-China trade war, the implementation of the new trade agreement, and the coronavirus pandemic.  These three factors have created a completely different environment for the operation of the global industrial sector.  This will result in many companies reshoring their operations to Mexico and the Americas.

Nearshoring manufacturing to Mexico is good for North American industry

Both experts have observed that the supply chain from China to North America has been severely disrupted and that trade must diversify to establish new mechanisms that ensure that orders will not be canceled, and that production will not be interrupted.  The reshoring of manufacturing to Mexico and the Americas can create the conditions for the prevention of such a crisis in the future.

Companies that are looking for new sources of supply in the current challenging environment are seeing Mexico as the natural substitute for supply chains that had been originating in Asia in recent years.  Decisionmakers have realized that producing in Mexico, in addition to offering more reasonable costs, a more accommodating labor environment, and less utilization of working capital involves 75% less time for their goods in transit.  For his part, Kenneth Smith noted that it is important that reshoring manufacturing to Mexico and to the Americas continue so that regional production chains become increasingly more secure for the USMCA trading bloc as a whole.  The governments of both the United States and Canada must recognize that investment in manufacturing in Mexico is not an investment in offshoring but is nearshoring that will help to strengthen the competitiveness of the North American region.