The best places to invest in Mexico 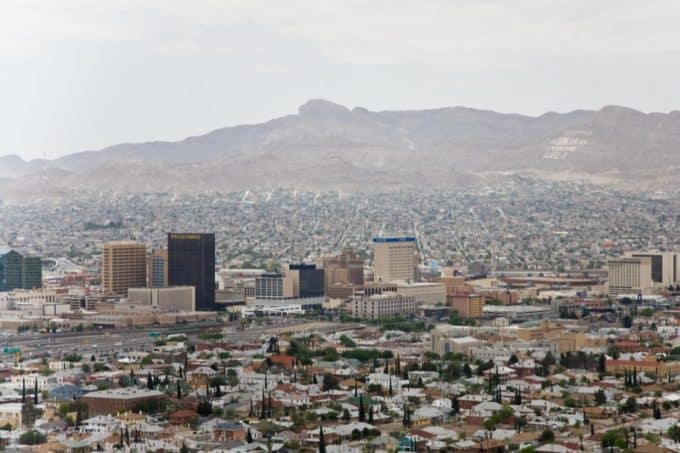 There are many reasons why it is a good business decision to invest in Mexico. Apart from the exchange rate of dollar to Mexican pesos and the low cost of labor in manufacturing, Mexico has a network of 12 free trade agreements that govern commercial relations with 46 different countries. Among these treaties is the well-known United States-Mexico-Canada Free Trade Agreement (USMCA) that facilitates access to the American market. Prior to the USMCA trade in North America was governed by NAFTA, which came into effect on January 1, 1994.

Below are descriptions of the five best places to invest in Mexico in 2020.

Ciudad Juárez is a border city that is in the Northern Mexican state of Chihuahua.  It is unique because it shares a border with two different US states: New Mexico and Texas. The close proximity to the city of El Paso, Texas has led the two communities to form an inseparably linked bi-national community that fosters deep cross border economic relations and benefits businesses in both El Paso and Ciudad Juárez.

In 2019, companies leaving China invested significant capital in Chihuahua.  These capital flows are projected to grow substantially in the months and years to come, as companies seek ways to secure preferential access to the North American market and to secure their manufacturing supply chains.

Also, especially important is the fact that, although China’s manufacturing labor was for some time less costly than that of Mexico, today the opposite is true.  According to a study by the research firm Statista, in 2018 an hour of manufacturing wages in China was valued at US $5.51, while that sourced in Mexico was US $5.51.  This change in economic circumstances and the trend toward more favorable wages in Mexico has made the movement of manufacturers from China to Mexican cities such as Ciudad Juarez more frequent and common.

Guanajuato is another vibrant area in which to invest in Mexico.  Although it historically been best known for its tourism trade, the state is now one of Mexico’s favorite destinations for the attraction of foreign direct investment (FDI).   In recent years, Guanajuato has become a center for Japanese companies, in particular, that are manufacturing in Mexico.

Guanajuato is also a favorite place in which to invest in Mexico due to the quality of its infrastructure its industrial parks.  In particular, the state is home to the Guanajuato Puerto Interior (GPI) This “inland port” consists of more than 3,000 acres.  Included in the GPI are a Mexican customs facility, an intermodal railroad terminal, and 4 industrial parks (one of which houses only aerospace industry manufacturers).  It also houses an in-bond facility, an extension of the National Polytechnical Institute, and a facility of the National College of Professional Technical Education, also known by its Spanish acronym CONALEP.

Beyond the aforementioned academic institutions, those that invest in Mexico in the state of Guanajuato will find that the entity is at the forefront of education with its 80 higher education institutions and 39 research and technology centers.  These institutions of higher learning give investors access to a highly educated and specialized workforce.

The city of Tijuana, Baja California is less than a one-hour drive from San Diego, California. As is the case with Ciudad Juárez, this community is known for being one of the most important land communication points on the US-Mexico border.  The bi-national region in which it is located is referred to as “Cali-Baja.”

Its proximity to the sea and to the state of California allows it to import and export inputs to the U.S. with ease, thereby making it one of the most desirable places in which to invest in Mexico.  It also has a wide range of suppliers and competitive workforce and is home to the largest medical device manufacturing cluster in Latin America.  Ninety-one percent of medical devices that are produced in Tijuana, and the state of Baja California as a whole, are consumed by the US market.

Because Tijuana has been successfully competing in the manufacturing market for more than 50 it has developed its human capital and has built modern industrial parks that have positioned Tijuana and Baja California as one of the most productive regions in Mexico.

In a study called “Perspectives of Senior Management in Mexico 2019″carried out by the global network KPMG, Queretaro was recognized as an entity in which senior manufacturing management preferred to invest in Mexico and to expand existing operations. Querétaro, apart from its proximity to Mexico City (which allows it to access the largest market in the country), is positioned in the Bajío region which has enjoyed sustained economic growth as a result of its proximity to other economically significant Mexican states.

Nuevo León has historically been among the best places to invest in Mexico.  There are three main industries in the entity that are credited with 52.9% of the total value of the state’s manufacturing production.  These industries include transportation equipment (which has grown 14.1% in the last six years), base metals, and food, which together with various other industries achieved a total value of more than $44 billion in 2019.

It is without a doubt that the level of competitiveness of Nuevo León’s economy is on par with that of the rest of Mexico’s prominent manufacturing locations. Beyond those industries that have already been mentioned, other noteworthy production facilities that are based in Nuevo León manufacture paper, plastic and rubber, beverages, printing, and tobacco and leather products.