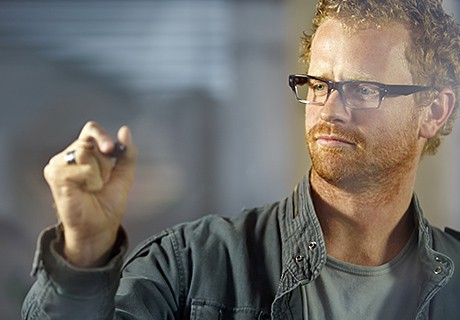 It is common knowledge that the U.S. – Mexico logistics and trade relationship is significant in terms of its scope and the diverse nature of the activities that it entails. It also represents a significant dollar value on an annual basis.

Most of the trade that transpires between Mexico and the United States does so on eighteen wheels. After Canada, Mexico is the second largest export market for U.S. goods according 2012 numbers published by the Department of Commerce’s Census Bureau, Foreign Trade Division. On a granular level, it is interesting to note that in 2010, the U.S. and Mexico conducted daily bi-lateral trade in goods that valued approximately US $1 billion. In that same year, twenty-six states in the Union shipped exports totaling more than one billion dollars to Mexico, while NAFTA-related trade has added 1.7 million jobs to the U.S. economy since its inception. All of the above clearly evidences the present and future value of maintaining and expediting the smooth terrestrial flow of commerce and trade between the two countries.   Although U.S. – Mexico logistics and cross border trade is substantial and highly lucrative for both countries, there are certain limiting factors that have the potential to prevent the trade relationship from realizing its substantial long term promise.

A major fly in the U.S.-Mexico trade ointment today has to do with the issue of the time it takes commercial carriers to cross their product filled conveyances from Mexico into the U.S. and vice versa. For those that are not involved in the business of cross border trade this may be surprising, but congestion at U.S.-Mexico ports of entry results in long wait times. The cost of these wait times and delays ultimately get built into the price of products sold in the marketplace. In essence, the added cost of products due to delays in shipping at the U.S. – Mexico border might be considered to be a “congestion tax,” of sorts that makes goods more expensive to consumers, and items shipped from the region to other parts of the globe less competitive.

U.S. and Mexican policymakers are aware of the economic cost of extended border wait times at commercial ports of entry and are seeking ways to speed up the wheels of commerce and move product filled semis between the U.S. and Mexico at a faster pace. In April of 2012, Senator Kay Bailey Hutchinson sent a letter to the U.S. Comptroller General, Gene L. Dodaro. In the communication, the Senator directed the U.S. Government Accountability Office (GAO) to conduct a study on how to reduce border wait times and the negative economic impact that they result in.

In addition to public sector action on the federal level focusing on the issue of U.S. – Mexico border crossing wait times, the private sector, as well as local municipal authorities, have also stepped in with pooled resources to contribute the energy and innovation that will be required to mitigate the problem and to cut the economic losses that result as a consequence of maintaining the current status quo. El Paso and its business community are taking the lead.

In fourth quarter of 2012, the city of El Paso initiated a pilot program aimed at speeding up the transit times of commercial carriers at the U.S. – Mexico border with a local company, Secure Origins, Inc. The City contracted with the company for the amount of $190,000 to fund “Project 21.” Through Project 21, it is the goal of the leadership and staff of Secure Origins, Inc. to work with U.S. Customs and Border Protection (CBP) at the Ysleta border crossing at El Paso – Ciudad Juarez to create the “model port” of entry for the transaction of commercial shipments between the two countries. In addition to seeking to speed up trade at the border, Project 21 also looks to combine the efforts of government and the private sector to meet national security goals that have emerged in the wake of 9-11. The CBP’s Customs-Trade Partnership Against Terrorism (C-TPAT), as well as its Fast and Secure Trade (FAST) programs have both been designed to achieve this end.

Thus far, efforts made jointly by the city of El Paso, Secure Origins, Inc. and the CBP have begun to produce clear and visible results. While commercial carriers at other ports of entry at points along the U.S.-Mexico border may experience wait times of up to 90 minutes, trusted shipments at the Ysleta Port of entry that move between El Paso and Ciudad Juarez are consistently passing through both the U.S. and Mexico crossings within a twenty minute window.

Mexican trade officials and organizations have also joined the collaborative effort to move trucks back and forth across the shared border with greater alacrity. Mexico’s Aduana (Customs) and its Federal Motor Carrier Safety Administration (FMCSA) are among the agencies on the south side of the border that are actively involved in cross border shipment inspections, as well as in collaborative efforts with both U.S. government and private sector entities to secure supply chains and speed up trade flows.

Through Project 21, Secure Origins, Inc. and its public sector partners endeavor to create the “model port” that achieves the primary objective of reducing wait times experienced by commercial carriers at the U.S. – Mexico logistics crossing points at the border, but also succeeds in

The “nuts and bolts” put into place via Project 21 to date include the creation of special “Frontier 21” lanes at the Ysleta commercial crossing that segregate commercial and passenger vehicle traffic; the design optimization of physical infrastructure at the border crossing; an increased participation by the local trade community in the CBP’s C-TPAT and FAST programs; as well as the incorporation of information technologies that improve overall supply chain transparency, and establish and protect the integrity of trade related information flows.

As regards the last point, Secure Origins, Incorporated has established an El Paso-based “command center” from which it can readily observe and monitor shipments, as well as detect any related anomalies. Secure Origin’s technology also empowers the company to collect detailed crossing related data which can be used in efforts to identify strategic steps that both the private sector and government entities can take to improve trade flow efficiency, thereby making both economic and security gains. Although the immediate goal of Project 21 is to make the Ysleta border crossing a model conduit for the trade that represents the lifeblood of the economic relationship between the U.S. and Mexico, future plans include extending this model that combines efforts of both the public and private sectors. Successfully implementing the gains resulting from the completion of Project 21 to ports of entry across the entire southern border will result in palpable economic benefits and a strengthened trade relationship between the two neighbor/partner countries.

It is not only important to recognize and care for the volume of trade that transacts between the U.S. and Mexico logistics service providers and their customers every day and every year. The speed (or lack thereof) that it occurs at also has an important impact on the economic health of both countries, as well as can limit or increase future trade generated prosperity. The goal of the various parties in the public and private sector (The City of El Paso, Secure Origins, Inc. Customs and Border Protection and Mexican public and private entities) that have come together in this pursuit is to have an impact on the latter. In great part, the continued and future prosperity of the U.S.- Mexico trade relationship lies in an ability to make the wheels of commerce move faster, literally.