Why companies are leaving California?

Over the past several years, a disturbing trend has been developing in California. Once known as the bastion of commerce and business growth, the Golden State is saying goodbye to dozens of businesses every year, and the numbers seem to be increasing as companies are leaving California.

About a year ago, the Spectrum Location Solutions organization, led by Joseph Vranich, released a 7-year study on just what is happening on the West Coast and why companies are leaving California. The study reported that, between 2008 and 2015, nearly 1,700 disinvestment events became public knowledge. However, the report theorizes that real number of companies shunning or leaving the state is actually much higher:

Experts in site selection generally agree that at least five events fail to become public knowledge for every one that does. Thus it is reasonable to conclude that about 10,000 disinvestment events occurred during that period.

Losing huge players like Toyota, Comcast, and many others is cause for the state to sit up and take note. The exodus is especially dramatic in 15 California counties, with Los Angeles being the worst. The top 15 counties for disinvestment events during this period in order are:

Causes and Effects: Why Companies Are Leaving California

The report breaks down the primary causes driving business to seek out fairer havens for their industrial operations: 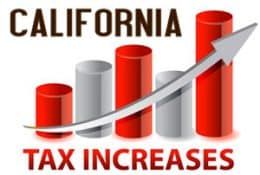 These and many other concerns demonstrate just why companies are leaving California. While the state offers many incentives for doing business there, companies are increasingly finding the costs outweigh the benefits.  Many of these companies are heading to Texas, Arkansas, Missouri and locations friendlier to business.  Some are simply crossing the border and moving major operations into Tijuana and other locations in Mexico.  The Tecma Group of companies, with operations in multiple cities in Mexico, specializes in making such a move simple.   Manufacturing in Tijuana is no more complicated than moving a facility from California to Nevada and produces proven economic savings.

4 min read
a year ago

The best places to invest in Mexico

US Manufacturers Leaving China for Mexico