Tecma Receives Great Place to Work Award for the third year in a row of being recognized as one of the top 100 workplaces in Mexico by the Great Place to Work Institute (GPTW) for 2017.  We are honored to now be number 34 out of 100 for this year of 2017.

The GPTW Institute is headquartered in San Francisco, California, has been in existence for a quarter of a century and, today, has offices established in forty different countries.

GPTW enters into workplaces in Mexico, and throughout the world, in order to shine the spotlight on those enterprises that have taken the time, and that have invested the resources and intellectual capital to create an environment that results in the prosperity of the business of each, as well as the personal and professional development of the people that they employ.

The Tecma Group of Companies 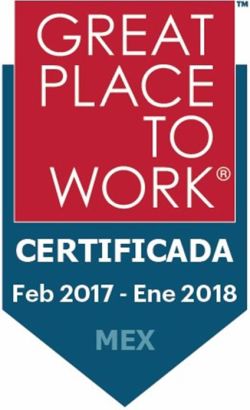 is now in its thirty-first year. During that time, company leadership has mindfully molded a workplace in Mexico that is permeated by a core set of principles. These include:

From the top and throughout the organization, Tecma’s more than seventy client company manufacturing firms and over seven thousand employees can be confident in the knowledge that, above all, organizational leadership places an abiding emphasis on maintaining the highest level of integrity in its day-to-day dealings, as well as persistently encourages innovation in its constant quest to achieve overall excellence in service delivery in an environment that evokes feelings of family. As recognition, Tecma Receives the Great Place to Work Award.

In order to engage staff in one of the most notably progressive business environments in Mexico, the Tecma Group of Companies pays its employees at wage levels which exceed those that are mandated by the country’s labor law, as well as develops individualized career development plans for each of its workers. Scholarships are made available to those employees that seek to pursue higher educational opportunities outside of the workplace in Mexico, as well as creates access to resources for those adult learners that seek to finish their primary and secondary school educations.

Great Place to Work® Mexico is headquartered in Mexico City and San Francisco. In order to find the best places to be an employee of in Mexico, it has, with the guidance of its San Francisco headquarters:

“The fact that Tecma the Great Place to Work Award, now for the third year in a row is a pronouncement to all of our clients and employees that we are focused on our most valuable asset, our hardworking employees”, states Alan Russell, Founder and CEO of the Tecma Group of Companies.   https://www.tecma.com

Juan has worked in the maquiladora industry for more than twenty years. He has extensive experience in manufacturing, sourcing and materials planning.

Why are Manufacturing Companies Moving to Mexico?