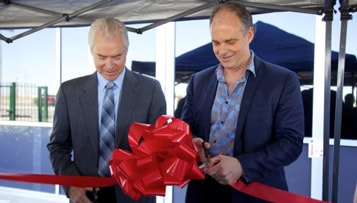 Kalona, Iowa-based Civco Medical Solutions recently held a Grand Opening ceremony for its most recently established manufacturing facility. Its new Mexican location is situated in the southern portion of the city of Ciudad Juarez on Boulevard Manuel Talamas Camandari, which is the main thoroughfare that leads to the highly industrialized border community’s international airport. […]

Ciudad Juarez, Mexico (February 2, 2015) – Grand Rapids, Michigan-based provider of electronic manufacturing services (EMS), Firstronic, LLC, has recently won a contract for the provision of the production, test and repair of PCBA’s to a major Far East-based Ciudad Juarez television manufacturer and electronics assembler that services the North American market from its longstanding operations on the US-Mexico border. Firstronic, LLC will supply its customer mass produced main board PCBAs. […]

Individuals and representatives of companies that are interested in learning about the Inside of Mexico’s Auto Industry can do so by choosing to attend one of two Mexico Now events that will take place on May 6 and May 8. Dearborn, Michigan and Chicago, Illinois, respectively, will be cities in which those with an in-depth knowledge of the current landscape of the Mexican automotive industry will meet and share valuable information. […]

THE TECMA GROUP OF COMPANIES AMONG MEXICO’S TOP 100 EMPLOYERS 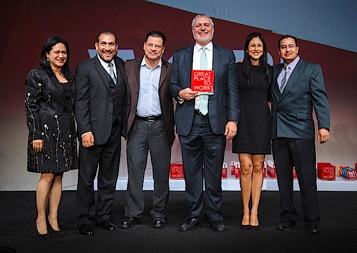 The company was recognized on March 26, 2015 in Mexico City by the Great Place to Work® (GPTW) Mexico organization at a ceremony held at Expo Bancomer for the quality of the environment that it has developed for its more than 4000 employees. […]

The Secretary of Economic Development of the State of Baja California, Carlo Humberto Bonfante, recently recorded an informational audio podcast with the Tecma Group of Companies. […]

CHANGES TO MEXICAN IMMEX CERTIFICATION PROGRAM TO BE IMPLEMENTED SOON

During 2014, Mexico devised a plan to ensure that businesses claiming exemption from the payment of a sixteen percent value-added tax (VAT) on temporary imports actually engage in export activities necessary to receive such fiscal consideration. […]

Year end calculations provided by Mexico’s National Institute for Social Security (IMMS) indicate that more than forty-two thousand new positions were created for workers in the state of Chihuahua over the course of the calendar year 2014. According to statistics, job growth in Ciudad Juarez, along the US-Mexico border accounted for seventy-five percent, or 31,683 of that figure. The remaining positions created over the course of the last calendar year landed mainly in the State’s capital, Chihuahua City, while a relatively small percentage was distributed throughout smaller municipalities. […]